Will work for rum 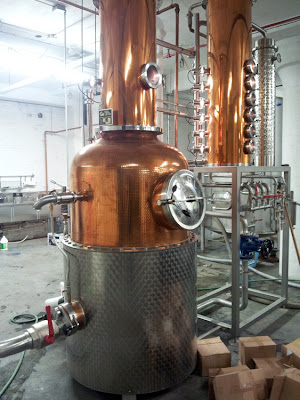 Some forty-eight hours ago, a cry for help went out from Daric Schlesselman to the members of the Van Brunt Stillhouse facebook page. Schlesselman is my neighbor, three houses and a vacant lot to the west of me, and he recently launched a new alcoholic business venture. His rum distillery is another neighbor of mine, three blocks and several vacant lots to the east, and I had been eager to stop in for a visit for some time, just to watch the sweet nectar drip out of the alembic.

"Time to start the rum!" He wrote. "As a few of you know, I had to buy sugar in 20 oz. bags this time around. I know. I'm insane. Who knew that sugar is seasonal? I would love some help cutting open all the bags for the first batch. I'm offering a bottle of rum to anyone who comes and helps open sugar...."

His message captures the essence of what it is that I love about my neighborhood. New York City is not a place where people typically stop next door to borrow an onion, an egg, or a couple of inches of ginger, but I do this sort of thing all the time. Red Hook is a village unto itself, hidden away in a remote corner of Brooklyn, surrounded on two and a half sides by water. Although the population seems almost to have tripled in recent years, and I see many new and unfamiliar faces in the streets, it retains the kind of casually intimate public life and community self-awareness described by Jane Jacobs in The Death and Life of Great American Cities

as essential to any thriving neighborhood. Despite her analysis, these are today rare commodities.

I'm proud and happy to live in a place where my neighbors are comfortable sending out the Brooklyn artisanal locavore version of an invitation to an Amish barn-raising. For this to work, however, one has not only to think it's a lovely idea, but also to participate. So, yesterday morning, after a couple of pots of tea, I clipped the box-cutter my father had conveniently given me for Christmas onto my belt, and headed down the block. 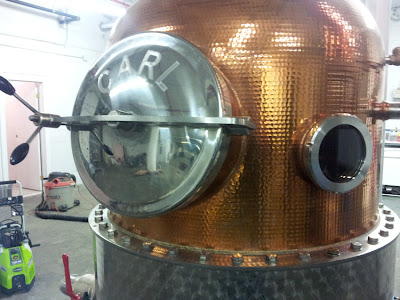 "She was only a bootlegger's daughter, but he loved her still." 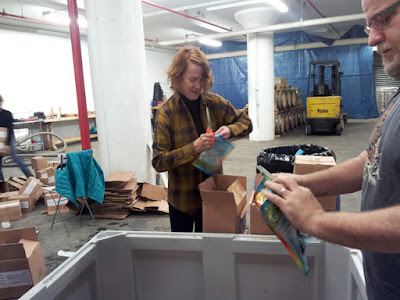 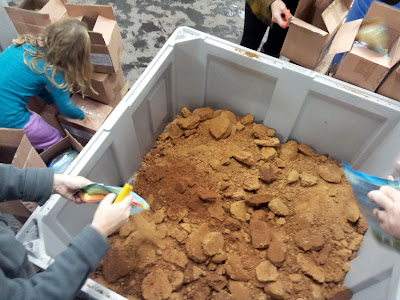 In Haitian kréyol they say "men anpil, chay pa lou," a classic aphorism of communal labor that plausibly originated with slaves cutting sugar cane. Meaning: "with lots of people, the burden is light," or, "many hands make light work." Daric had slightly pessimistically written "depending on work flow and number of hands, I'll be there into the evening [i]f you'd like to help but can't come until later...." I arrived about ten-thirty and was home an hour later, five hundred pounds of organic, unrefined sugar having been liberated from its packaging. When that bottle of rum shows up on my doorstep I just know those few drops of neighborhood sweat that went into it are going to make it taste that much sweeter. 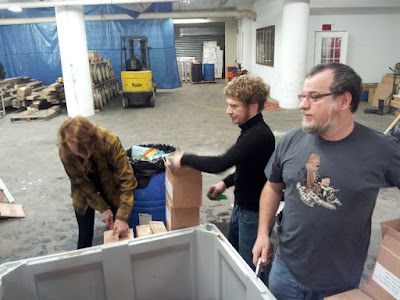 We gathered around the vat, knives flashing. Derek Dominy (center) proposed that we form a union, but we were finished work before we had even had time to have our first meeting. 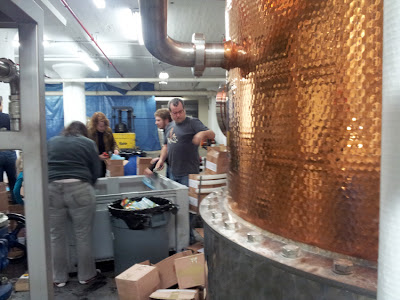 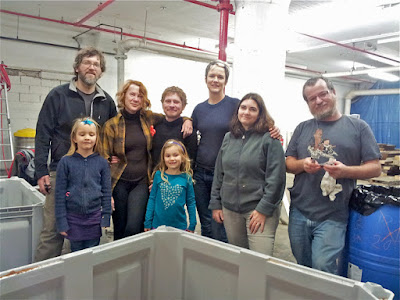 The merry crew, after licking their fingers and rinsing their blades. 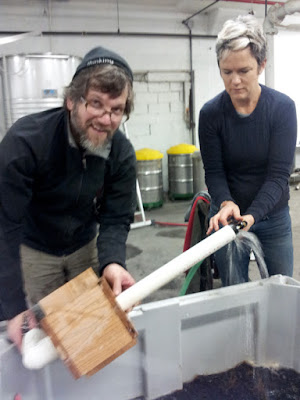 Daric and his wife, Sarah Ludington, checking the plumbing. The sugar is dissolved into a slurry and then put into a holding tank much like a wine cuve, where rare Guadeloupian yeasts will hasten it on its journey rumward. 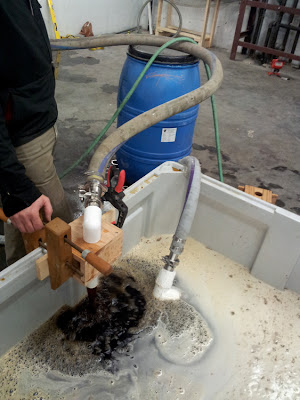 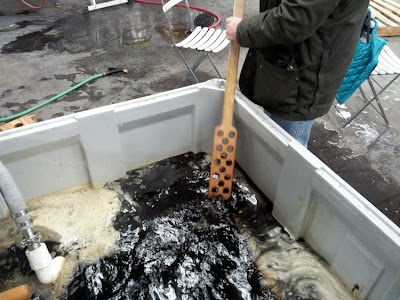 Stirring the sweetness. This would go great with pancakes.