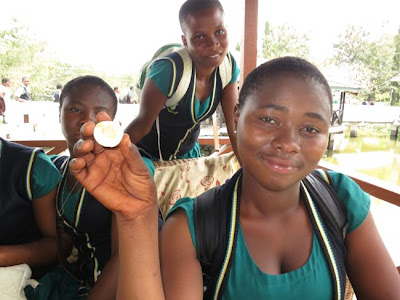 On Superbowl Sunday a man sidled up to me and said: "Headed for Liberia, huh? How would you feel about taking over, you know, a small package for me?" We had only met that evening, at a party during the first half. It was now deep into the second, and over halftime both of us had changed venues, independently moving from one Red Hook bowl party to the next. It was hard not to think that he was following me around, trying to enlist me in some nefarious scheme. Between us was a sea of guacamole, and mountainous bags of chips, all destined to be neglected, for we were only minutes from the end of the fourth quarter. Some people nearby who had overheard this exchange looked at us strangely. "A package?" 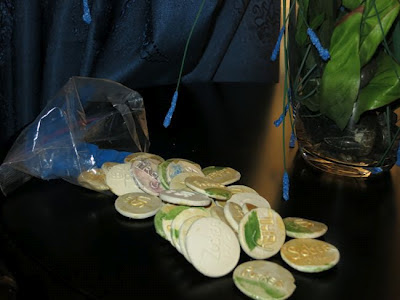 "You know what I'm talking about," he said. "Take some along with you. I like to think of them as my children, going out into the world and spreading far and wide." Curiouser and curiouser. Then I understood. The man was the artist, Beriah Wall; I've written about him, but I had never laid eyes on him before. He's the guy responsible for manufacturing and distributing small coinlike clay lozenges that can turn up anywhere: in a flowerpot, on the stoop, atop a fencepost, on the welcome mat. A mass distribution of free art, a decades-long project. Wall had been handing them out at the party, shaking hands with fellow guests and pressing a clay coin into their palm. "This is for you." 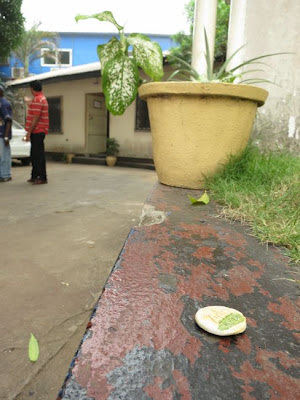 I said that I would be pleased, no, more than that, proud, to carry a collection of Beriah Walls across the Atlantic; this is just the sort of pointless activity that makes life meaningful. Then I went back to grazing on the corn chips and thought nothing more about it. 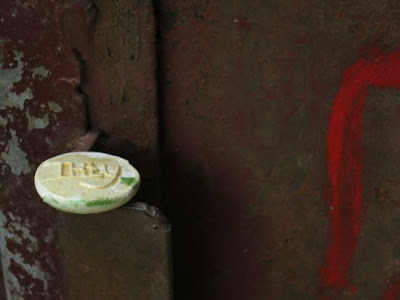 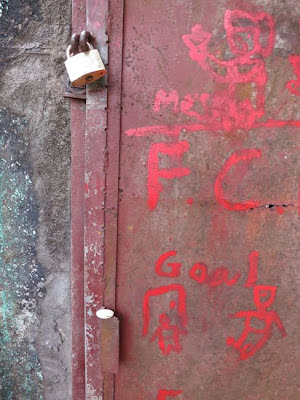 Two days later, in a frenzy of packing and tidying, I went out the front door and down the stoop to take out a bag of trash. There, in the corner of the diminutive top landing, was half a sandwich baggie brimming with contraband disks. They had arrived at just the perfect time to go into my luggage. At Kennedy Airport, for the first time in living memory, nobody asked me if I had accepted any parcels from unknown persons. It seemed a good omen for the mission. 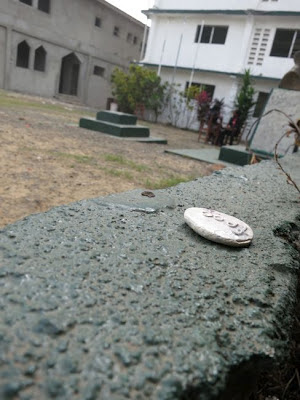 In Monrovia, the Liberian customs agent eyed us warily, for we had 19 pieces of luggage, mostly tactical duffle bags and vast black plastic impact-resistant suitcases filled with documentary film gear. I kept my secret bundle to myself and hoped we would not be too closely scrutinized. How to explain several dozen coin-shaped circles of fired clay, bearing messages like "Us / They," "Frog / Boil" "Sober / Somber"? I was pretty sure they weren't illegal, but looking at this particular import from the perspective of an African bureaucrat I was also confident they were inexplicable. However, they don't call the local enlisted production personnel on film shoots "fixers" for nothing, and in no time we were waltzing through the nothing-to-declare zone with our four mountainous luggage carts. 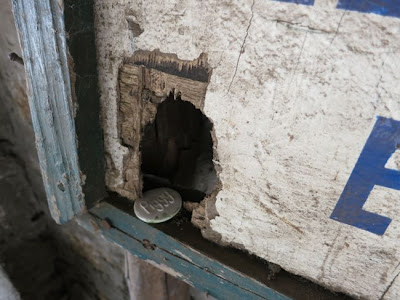 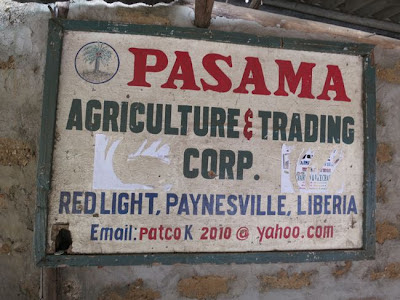 As I made my way into Liberia, a memory came to me, of a long ago New Year's eve. In 1985 I was in Paris, and after a much too long and much too festive champagne-soaked evening, some friends and I decided that the proper way to begin the year would be to drive drunk to Versailles and witness the dawn departure of the sober maniacs of the Paris-Dakar auto rally, the hell-for-leather trans-Saharan car and truck race. At the time, I was caught up in the romance and urban chic of graffiti, and as we wandered amongst the impressive monster trucks, their every surface plastered with corporate automotive advertizing, I surreptitiously added my own logo to more than one, drunkenly and gleefully imagining my signature bouncing over the rocky terrain all the way to Senegal. Beriah Wall's clay coins share something of the graffitist's ethos. They are the artist's mark on the world. They disperse on unpredictable and unchartable journeys, they make a web, an enveloping network of declarations of their creator's existence. I took a few in my pocket each morning as we headed out to film, placing them here and there in our daily travels. I hope whoever found them got as much amusement, bemusement and abstract, fleeting pleasure as I experienced, when I first came across one in the bed of my truck in Brooklyn. 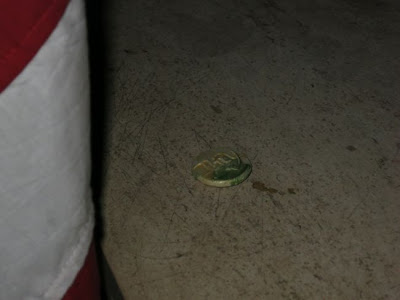 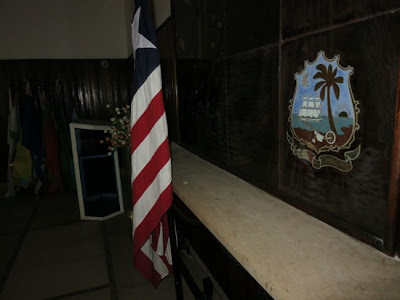 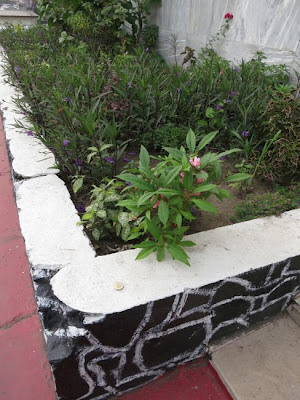 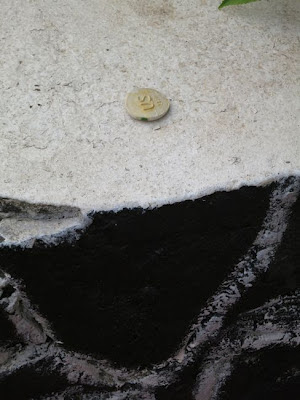 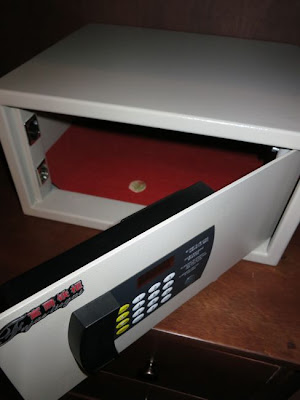 A The illicit baggy on the nightstand in my Monrovia hotel room.

B A Beriah Wall on a retaining wall, at the International Rescue Committee HQ, Monrovia.

C "Us / They" on a garden shed with gang and Manchester Football Club graffiti, somewhere in the hood.

E  At a palm oil wholesale dealership at Redlight market.

G Left as a tip upon departure, in my hotel room safe.

At last, an intrepid minion.