I'm embarked on yet another diverting and rewarding and entirely non-profitable collaborative venture, the production and realization of a pirate radio station in the inner-city of Port-au-Prince. This is and will be the Radyo Shak, coming soon to the Caribbean hood. 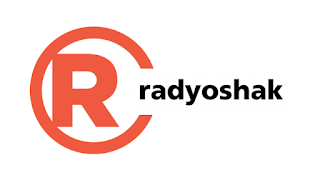 I've written here before about the Ghetto Biennale, an event that started out, one imagines, as something between a fantasy shared over a beer on a late night in a hot city and a potential promotional opportunity for some of Haiti's most dynamic and original artists. After the first Biennale, held just before "the" earthquake in December of 2009, the event has like Lazarus risen every two years since, growing in the meantime into something that the outside world, especially the art world, now pays attention to, has actually heard of, wants a piece of!

Earlier in the year, the Biennale co-founder, my dear friend Leah Gordon, contacted me to see if I would be willing to serve as the point person for the creation of a radio station to broadcast news of the Biennale and its artists, its excitements, its failures and personalities, throughout the surrounding neighborhood of Port-au-Prince, and throughout the world via Clocktower.org.

This idea, too, seems to have grown out of a fantasy shared over a beer on a late night in a hot city, except in this case the city was not Port-au-Prince but Sharjah, or rather neighboring Dubai, beer being entirely unavailable in Sharjah, and indeed illegal. Alanna Heiss, founder of MOMA PS-1, and Leah were attending some sort of arts meta-event, like a biennale devoted to discussing other biennales, or something. Alanna is also the founder of Clocktower.org, a fabulous online arts and music and everything else radio platform , housed for the moment at Pioneer Works right here in Red Hook. (I presume the geographical convenience of this is not the only reason Leah called me).

The rest is soon to be history-in-the-making. Along with Clocktower studio guru Jake Nussbaum I'll be broadcasting all things Haiti from a shanty in the inner city of Port-au-Prince during the culminating ten days of the Biennale, December 10th through 20th. We're also producing as much programming in advance as we possibly can; my interview with house music legend Richard Laurent is online now. Upcoming shows include an interview with General Dadou of Brooklyn rara Djarara and an exclusive midnight recording of them marching through Prospect Park, a story-telling extravaganza and musical parade through Brooklyn with the Haiti Cultural Exchange and artist Allenby Augustin, Troubadou music with yours truly DJ Richard Nixon coming out of retirement, and anpil lot bagay tou! (Much, much more.) Watch this space.