Reading: Explosion in a Cathedral by Alejo Carpentier

When you've worked at making a revolution, it's difficult to go back to what you did before. --Explosion in a Cathedral 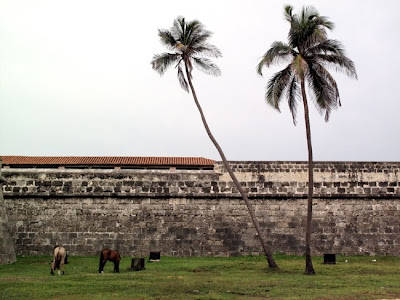 The people of Cartagena de Indias, perhaps the most spectacular ancient city in the Americas, proudly describe themselves as Caribbean. In contrast, those from the interior, from the chilly, moist highlands of Bogotá, are called cachacos, a term that carries a pale tinge of disparagement. The cachacos are forever outsiders on this coast, where one often has the sense that to be Caribbean is appreciated as more vital than any notion of national pride. Particularly with the Colombian football team in a long, profound slump. Outside of Colombia, few would place Cartagena on a list of the top ten or even twenty-five Caribbean destinations, but Cartageneros are steeped in their own history; the sixteenth century fortifications, the city wall, and the massive castillo dominate the landscape and the psychology of the town, whose people seem not to have forgotten an era when Havana, Port au Prince, New Orleans and Veracruz were connected to it via a constant web of commerce and shipping.

It is a fitting place to read Explosion in a Cathedral, Alejo Carpentier's epic novel, set in some of the farthest corners of the Caribbean basin, in once glorious and gloriously rich cities like Point-a-Pitre, Cayenne, and Paramaribo, places most people today will be hard-pressed to put a country to. Carpentier is one of Cuba's greatest novelists, but I fear I would have been unlikely to read this dense chronicle about the Caribbean aftermath of the French Revolution if it hadn't been for the recommendation of another, Leonardo Padura Fuentes. I've written about Padura Fuentes before; he is a writer whose work and opinions

I respect immensely. Googling revealed a 2004 "ten best" list of Cuban novels he created for the Guardian. Explosion in a Cathedral

came in at number one. "(T)he theme," Padura Fuentes wrote, "is the tragic destiny that awaits all revolutions: the failure of their grand aims and the perversion of their beautiful ideals." This is a loaded observation coming from a Havana writer whose work is characterized by a volatile blend of love for his city with disdain for the entrenchment of petty bureaucracy and the more ridiculous castigations of contemporary life there. Given that he also called the book "the perfect fiction and supreme expression of stylistic and conceptual ambition in narrative prose," I promptly ordered a battered ex-library copy. 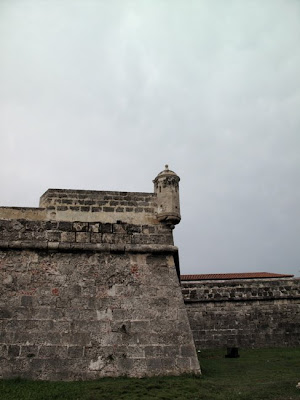 The novel tells the story of Victor Hugues, a little-known Jacobin who maneuvered first to bring the French revolution to the Antillean colonies and then struggled to maintain his power in the face of shifting allegiances back in Paris. Born a baker, he traded in his rolling pin for a guillotine and became a butcher. When we meet him, however, he is a merchant, with interests in Port au Prince and Havana. He has just burst into the young and naive household of three bereaved relatives, a brother and sister, Carlos and Sophia, and their cousin Esteban. He easily insinuates himself into their lives, and ultimately his starry-eyed discourse and brash charisma will seduce two of them. Esteban succumbs philosophically, Sophia more traditionally.

Carpentier conjures up a compelling image of the stasis of life in Havana in the pre-information colonial age. It is a place where the veneer of civility is warped by slavery, ripe for the exportation of the equalizing fire of the French Revolution: "because people here seemed to be asleep, inert, living in a timeless marginal world, suspended between tobacco and sugar." His initial description of the city serves as the metaphorical template for Hugue's descent from infectious idealism into violent pragmatism: "Strangers praised the town's color and gaiety after spending three days visiting its dance halls, saloons, taverns and gambling dens, where innumerable orchestras incited sailors to spend their money, and set the women's hips swaying. But those who had to put up with the place the whole year round knew about the mud and the dust, and how the saltpetre turned the door-knockers green, ate away the iron-work, made silver sweat, brought mildew out on old engravings, and permanently blurred and misted the glass on drawings and etchings, already curling up with damp." Carpentier makes great use of this formal device throughout the novel, foreshadowing the action with ominous sentences ostensibly unrelated to the trajectories of the characters. On the imminent threat of a hurricane, to which Hugue's response will elevate him as a kind of savior of the household: "Those who lived on the island accepted the cyclone as a dreadful meteorological reality, which ultimately none of them would escape."

When the Spanish colonial authorities set out to purge Cuba of revolutionary thought, the strange family foursome is broken apart. Carlos tends to business in Havana, and Esteban and Sophia accompany Hugues as he flees to the south coast and Santiago de Cuba with his fellow progressive, the mulatto vodou doctor Ogé. The Caribbean is in an uproar. Rumor has it that Haiti's slaves are rising up; the fearsome black revolt has begun. Sophia remains in Santiago for safety; Hugues, Ogé and Esteban sail across the channel to find Port-au-Prince in flames. There is no going back to Cuba, and no staying in Haiti; suddenly Esteban, who is really the tortured hero of this book, finds himself in Paris, swept up in events much larger than himself. 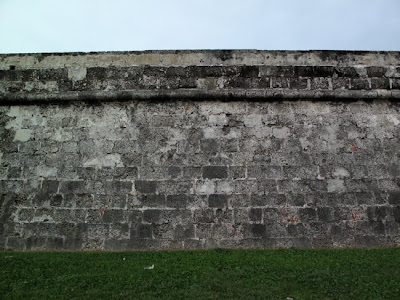 Soon, he is diminished. Just one of the innumerable minor satellites orbiting Hugues' rising star as the conquering revolutionary exports the new France back to Guadeloupe, he will bear witness to the all corrupting influence of power as it rots away at his former mentor's ideals. Before long, the guillotine blade is dropping onto the necks of Hugues' enemies with disturbing frequency. Esteban follows Hugues to the next killing fields, the malarial Guyane, not because he wants to, but because he has become a virtual prisoner. When finally he manages to escape and return to Havana Carpentier introduces his grandest and most daring metaphor. Sophia, recently made a young widower and still in thrall to Hugues, years after a fleeting seduction in Santiago, abandons the reunited family to go and join him. Most writers would end their novel with the happy family reunion, but for Carpentier history is bound to repeat itself, and now it is Sophia, as mistress to the iron-fisted ruler, who will suffer disillusionment and witness the latter stages of Hugue's downward spiral into tyranny. In this novel there is no escaping the virulent fever of power and influence.

Padura Fuentes is by no means suggesting that guillotines are falling in Cuba today, but merely by suggesting that we read this novel now he continues his measured, thoughtful, and literary critique of the Cuba he sees out the windows of his home in Havana, fifty years on from another revolution. Here, too, there seems to be some Caribbean common ground. 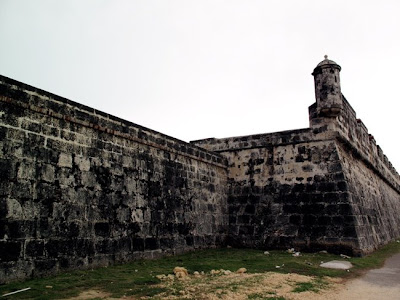 Sounds great! I just ordered a copy from the library myself! Here's another exclamation point: !