The comforting slap of sticky dough on smooth butcherblock; the scattering of flour on board and floor and fingertip and eyebrow; the improbable scent of honey rising from a massaged mixture of nothing more than wheat and water; mysteries of chemistry, these same two ingredients altering through time, warmth and sport, changing from simple dust and liquid, first to paste and then to a complex, stringy, glutenous, aerated and breathing mass of living, feeding yeasts; I'm talking, of course, about breadmaking. And that's all before the salt has been added and anything has gone into the oven, when even more sublime transformations take place. Divine odors swirl on the breeze. Crust and crunch form in the primeval steam; trapped gases seeth and bubble beneath the suface, expanding, rising, and stretching. It's a creation metaphor, a geological microcosm. No wonder some form of bread is prepared by virtually every culture on earth.

Until this summer, however, I thought the making of the kind of bread I love a black art, requiring specialized furnaces and implements beyond the reach of home cooks. I suppose I had never seen anything like a Paris baguette, a Berlin brötchen or a rugged, hearty, crunchy, blackened round of Poîlane emerge from from a home oven. Then my main man from Atlas invited me out to his Hamptons hideway, where he was baking Jim Lahey's notorious no-knead loaves, with delicious results. This recipe from the Sullivan Street bakery conjurer was made famous by Mark Bittman a few years ago in the New York Times, and some people mistakenly refer to it as Bittman's bread. Lahey developed his incredibly simple and virtually idiot-proof recipe after recognizing that bread was considered the staff of life and the literal body of Christ long before the development of steam-injected ovens and kitchenaid mixers with dough hooks. Surely, he thought, medieval village bakers didn't spend endless hours toiling to knead gigantic mounds of dough. There must have been an easier way. The development of commercial yeast came in part as a way to accelerate the making of bread, avoiding long hours and overnight waits. Lahey cut way back on the yeast and added the long wait back in. And he made the dough much wetter than Americans, at least, were used to. Mix flour, water, salt and a tiny quarter teaspoon of yeast; cover and leave unmolested for 16 to 18 hours; bake in a tightly closed pot. Delicious.

I was captivated and, as is my way, I've since thrown myself wholeheartedly and wholewheatedly into the rewarding world of bread-baking. I'm growing my own sourdough cultures, to boost flavor and avoid using any yeast at all, and experimenting with a wide variety of flours. I've discovered the uber-geeky bread website the Fresh Loaf, where, as in all earnest subcultures, an entirely separate language is spoken, one of hydration percentages, boules, poolishes, levains, french folds, lames, miches and retarded fermentation. But it is a testament to Lahey's recipe that I still consider his the bread to beat. The simplicity to crunch ratio is seductive, and the learning curve quickly gets steeper when you try to move beyond his technique.

The highlight of the Fresh Loaf mutual admiration society website is the abundant photography of billowing, ruddy loaves sent in by members, never to be tasted or smelled by fellow fresh-loafers, but posted nonetheless for both critique and to attract ego-stroking. I call this Bread P*rn. Here are some of my efforts. 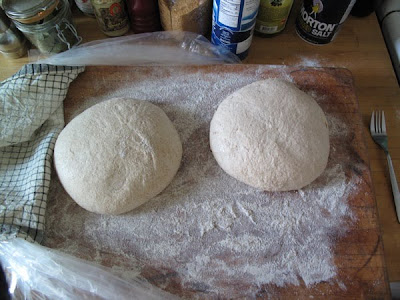 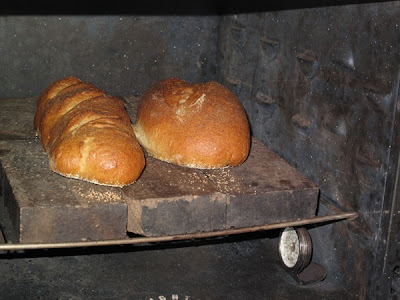 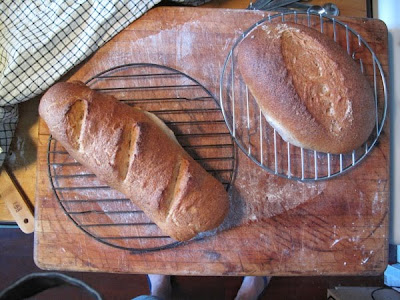 Basic white bread. The loaf on the left suffers visually from tentative and clumsy slashing, but was no less delicious than the one on the right. They sprung so nicely in the oven that they came out conjoined at the hip, Siamese unidentical twins. 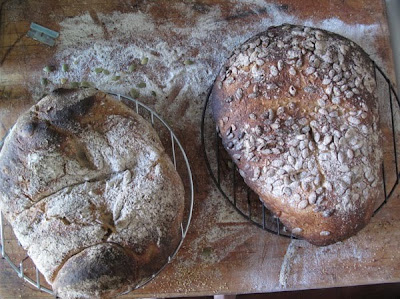 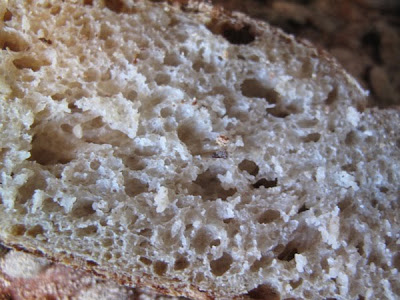 There is no such thing, I've already come to believe, as "too rustic" when it comes to bread. These may not be pretty, or in the shape of any known traditional loaf, but they were yummy, crunchy and chewy. 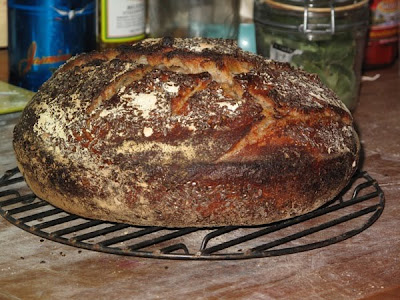 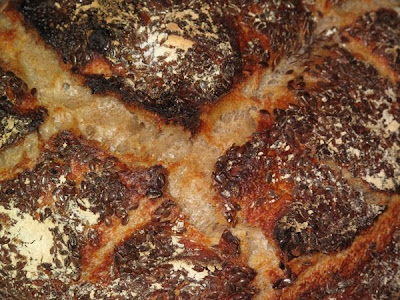 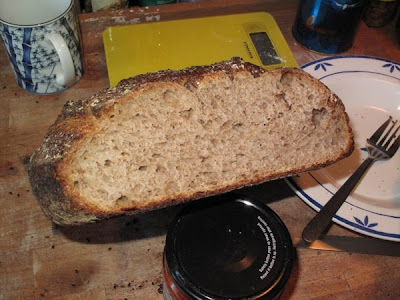 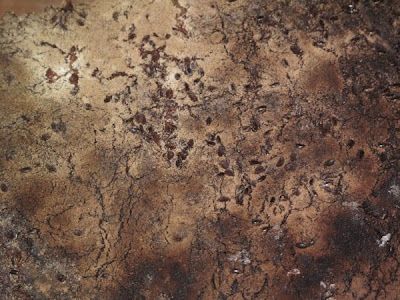 My best effort so far, a combined Jim Lahey-sourdough flax-seeded monster that rose and rose to the point of bursting, and had a perfect just-charred enough bottom. (Put a disk of tinfoil under your dutch oven after about twenty minutes of baking to avoid going one char too far). 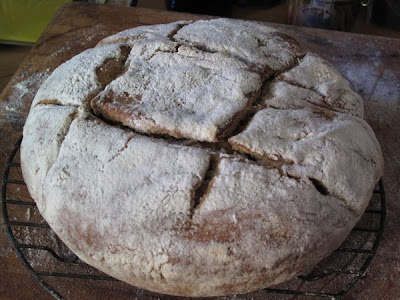 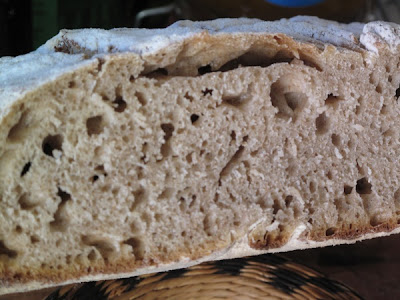 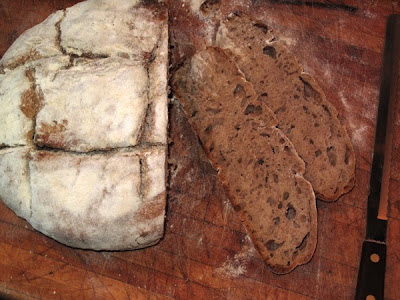 A comparative failure, with an overdense crumb and most of the lift happening in the top third of the loaf, this bread was nonetheless delicious, if extra-chewy. The ghostly dusted exterior is definitely the direction I'm headed, presentation-wise.

Come on over and have a slice!

An ode to bread baking. What a wordsmith, such passion for bread !! you have just reawakened my desire to bake that ever delicious and simple no-knead bread again....

I gotta admit that the bread enjoyed as an appetizer was an incredible culinary find and made me wanna cancel dinner reservations.

A very impressive début. You will now doubtless now want to move on to more sophisticated forms of pano-pornography, such as those written about by the Roman poet Martial and memorialized in an important essay by the antiquarians Richard Payne Knight and Thomas Wright: http://www.amazon.com/Sexual-Symbolism-History-Phallic-Worship/dp/0486450031/ref=sr_1_1?s=gateway&ie=UTF8&qid=1285754766&sr=8-1

not bad RIchard. I've been working on this bread baking love affair/fiasco for years now. I loved watching Peter Reinhart talk about bread at a TED conference: