A great idea for a Red Hook Bed and Breakfast 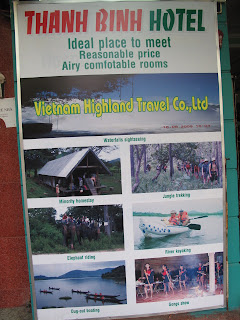 The so-called "hill-tribes" of Vietnam, numerous ethnicities resident in the most remote areas of the country, near the Cambodian and Lao borders, have traditionally been oppressed, repressed and marginalized by the dominant "ethnic Vietnamese." Adding to their burden of racial discrimination, many of the southern hill-tribes threw their lot in with the South and the Americans during the war, suffering for it after the defeat. These valiant fighters were known as the Montagnards; many of them moved to live in the Carolinas after my government valiantly recognized their unique level of service and extended a green-card welcome in the denouement of the war. Those who remain continue to be treated as second-class citizens, but their "rustic" way of life and "colorful" costumes make them a major draw for tourists, who are offered countless opportunities to experience "authentic" hill-tribe life via visits, tours, sleepovers in long-houses elevated on stilts and the like. The ensemble of hill-tribes are generally referred to as "minority people." 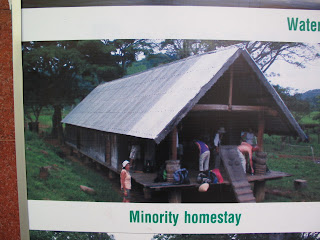 Also on offer, spend an evening with a minority.

Email ThisBlogThis!Share to TwitterShare to FacebookShare to Pinterest
Labels: vietnam