Trees Growing on, through and over stuff 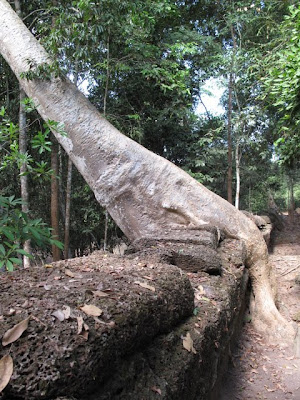 Bringing you travel news entirely out of sequence with the actual travels... 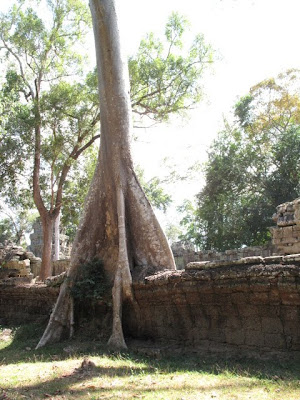 Every promotional brochure, National Geographic feature and Discovery Channel documentary on the wonders of the ancient Khmer world of Angkor includes photographs or footage of the interaction between the jungle and the ruined temples. Most of these originate from one temple, Ta Prohm. Here the buttresses of vast trees envelop, bend, and sometimes topple the walls of the complex. This impression of the forest slowly consuming this particular ruin was, according to Wikipedia, intended by the 20th century restorers of Angkor; the implication is that not just Ta Prohm originally threatened to disappear forever beneath the forest. Apparently, only the largest temple, Angor Wat itself, was still in continuous use into the present day, despite the collapse of the civilization that built it in the 15th century. Wikipedia sometimes needs a grain of salt, or the application of your personal bullshit detector, to be ruder about it. Of Angkor Wat the collective genius of the world's editing taskforce suggests that this largest temple was protected from the encroachments of the jungle because it is surrounded by a giant moat, as if jungles spread like forest fires, creeping across the land, instead of thanks to the movements of seeds on the wind and in the guano of innumerable birds. The trees do have a chance, and they will take over if mankind does nothing to impede their growth. 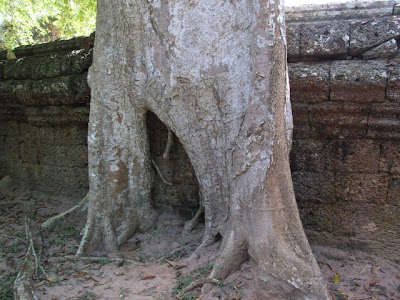 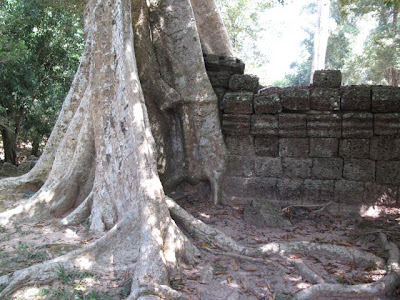 It was an inspired choice, to leave one major temple in the managed state of being swallowed. The enormity of the trees growing directly out of the temple complex provide a direct link to the era of its maximum splendor; one imagines the seedlings that became these towering trees taking root just as the Khmer influence was waning. To the rabid environmentalist, they give hope that the natural world can recover from the grotesque impositions of mankind. In the tops of these giants, Alexandrine Parakeets were croaking and cavorting; Robson's field guide to the birds of Southeast Asia actually lists "temple groves" as one of their preferred habitats. Few trees of this stature remain anywhere in the world; only because this is holy ground, and because of the tidal waves of cash that Angkor tourism represents, are they still here. 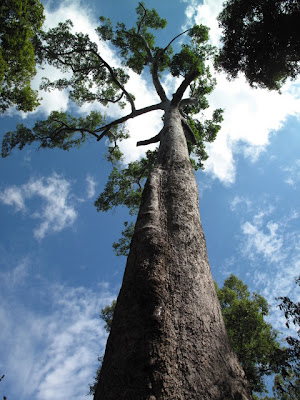 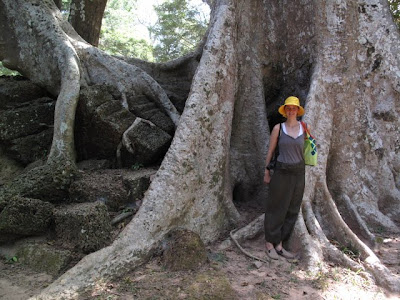 Laura swears she overheard someone in a group of tourists remark "I don't understand why they don't just get rid of the trees...." 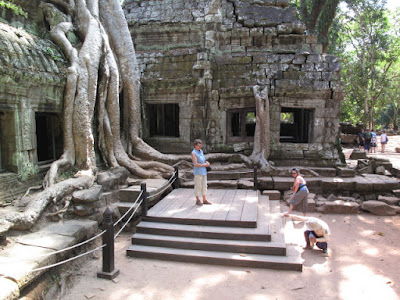 At Ta Prohm, special platforms have been constructed for the express purpose of having oneself photographed in front of the most impressive of the tentacular roots. 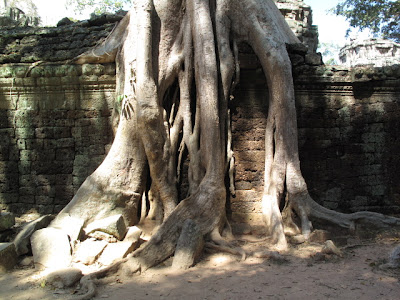 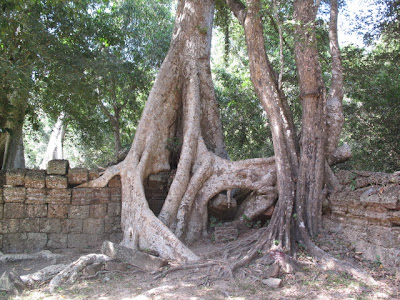 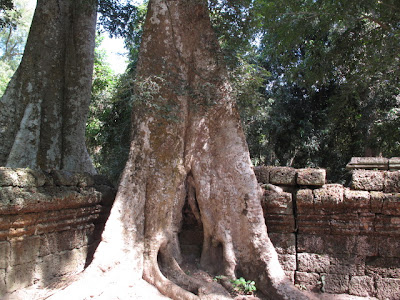 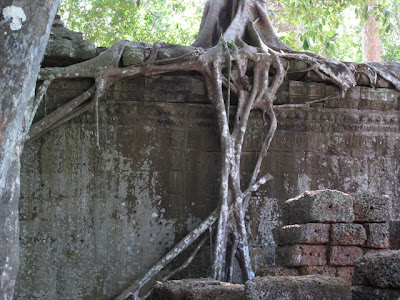