To my own astonishment and that of others I actually find myself back in Brooklyn, New York, for a stretch. My nominal home. Sweet. Seizing the moment around here means that I have spent the last four or five days laying down a spectacularly beautiful Brazilian rainforest tropical hardwood floor on the main level of my house, feeling more and more guilty for being an insensitive planet-destroying landowner with every driven screw. At least once a day I run into someone on the cosy streets of Red Hook who asks me what I'm up to:

"Haven't seen you in a while. What's going on? Flooring your place? Cool. It's about time. Did you go sustainable? Are you using recycled yellow heart pine?"

"Ummm. Well, actually not. Unfortunately no, its some stuff I got cheap from the Russian mobsters with the lumberyard down on lower Smith St. I'm pretty sure they stole it from some Amazonian Indian tribe...."

"Nice going, scum. Somehow I had the idea that you were an environmentalist. What the hell is happening to this neighborhood anyway?" 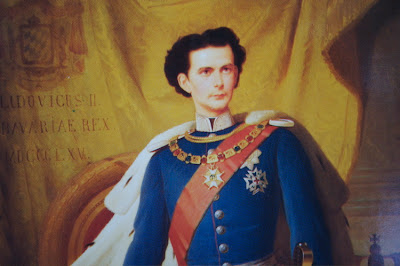 Flooring is boring, so here is a bit more on the delights of Bavaria, where last week I visited the baroque gingerbread fantasy that is Neuschwanstein Castle. Commissioned by the way gay King Ludwig II, Schloss Neuschwanstein must be the last absurdly self-aggrandizing european castle ever to have been built; as it was Ludwig was declared insane before construction was finished, perhaps when his handlers saw the invoice for the canopy bed. After being carted off to one of his other minor lodges he promptly perished with his psychiatrist in a lake in what was either a swimming catastrophe that led to a tragic double drowing, a homosexual suicide pact or a political murder. 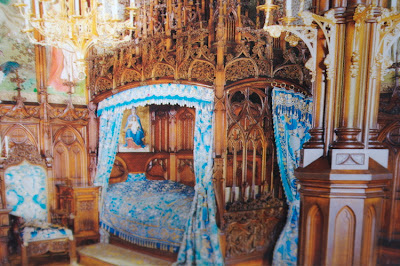 For the design of his earthly paradise Ludwig naturally hired a set decorator instead of an architect, and a brief stroll within makes it clear that the chosen refugee from the theater was given carte blanche to explore his personal vision. Today no photography is allowed inside the castle, either to promote postcard sales or because the over-the-top murals, gilt and carved swans might proving embarrassing to the macho, boar-hunting Bavarian nation, but having taken the tour I feel I can safely report that Elton John would find the decor rather too garish. 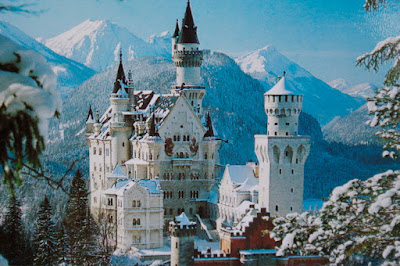 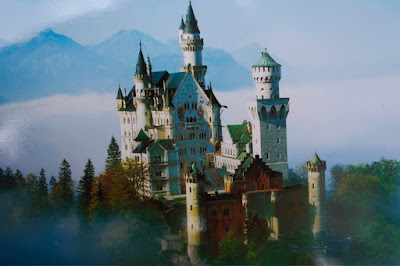 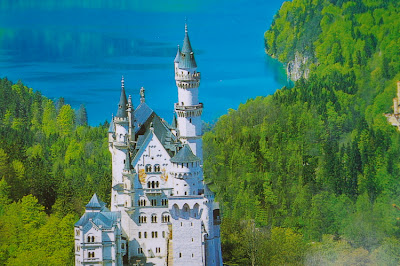 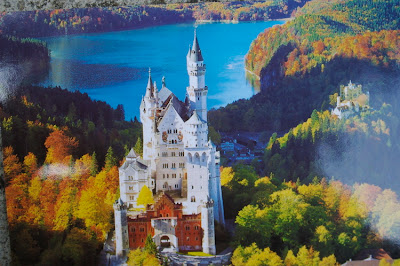 Email ThisBlogThis!Share to TwitterShare to FacebookShare to Pinterest
Labels: Bavaria