Some years back, while on the walk across Cuba mentioned a couple of posts ago, I finally delved deep enough into One Hundred Years of Solitude to become completely hooked, at last emerging out the back of the novel in shock and awe at the supreme talents of the master.

In mid-read I met, in the city of Ciego de Avila, another American traveller-writer, and when I explained to my embarrassment that I was reading it for the first time we discovered that both of us had suffered repeated failed attempts to get through it, separated by many years, before gobbling it whole and joining the ranks of those who consider it among the very greatest novels. Since then I have met other readers who likewise dipped a toe in that murky pond many times before at last being caught up in the swirling whirlpool of Macondo. I'm not sure how to account for this, other than to imagine Garcia-Marquez refusing to write a single word with the intent to entrap and entice the reader into turning the page rather than to recount the history of his imagined clan.

It is difficult to imagine the toil and struggle required to produce the perhaps aptly named One Hundred Years of Solitude. Not so the journalistic Clandestine in Chile: the Adventures of Manuel Litin, a slim volume of 114 pages, which Garcia-Marquez distilled from eighteen hours of interviews with Litin. One imagines the writer banging it out on a newspaperman's schedule, but it is a measure of the author's enormity that the relaxed, documentary first-person story of the exiled filmmaker's secret return to Pinochet's Chile keeps you on the edge of your seat, despite portraying its narrator as a relaxed, carefree and foolhardy hippy who sometimes seems unaware of the potential consequences of his dangerous dance through the terribly altered country. And while Clandestine in Chile is far from the top of Garcia-Marquez' long resume of literary accomplishments I found myself, reading it, just as embarrassed not to have picked it up before as I was to have only gotten to One Hundred Years of Solitude at the creaky old age of thirty-five. 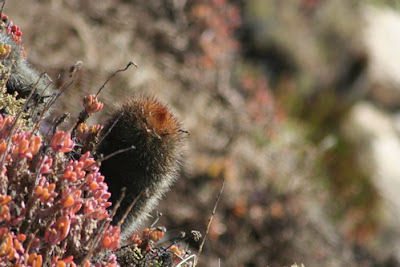 In 1985 Litin returned to Chile in disguise to make a film about the dictatorship and its ongoing impact on his country. In his introduction to his account, Garcia-Marquez leads with a documentary filmmaking truism: he imagines that the "making-of," the film about making the film, risks being as interesting as the film itself. "When Miguel Littín told me what he had done and how he had done it," he writes, "I realized that behind his film there was another film that would probably never be made."

The requirements and conditions of filmmaking are so absurd that in fifteen years of working as a soundman on documentaries I cannot remember a single shoot reaching its conclusion without some episode prompting the comment that "we should be filming ourselves." On some films one has this feeling all day, every day, prompted by episodes like the beseeching of a Philippine peasant to hoe the exact same furrow, "in the exact same way as before," over and over again, in fact six times. This repeated request is so inexplicable as to result in fifteen minutes of bemused discussion between the peasant and the translator. All the while copious amounts of smoke and fire are puffing out of the ears of the producer like steam from a kettle. The problem resolved, the crew demands lunch.

The tension between the subject, who invariably wishes to be as hospitable as possible and is generally interrupting his or her day in order to share themselves and their life, and the filmmakers, who desperately hope that their presence will not provoke any change whatsoever in the daily life they hope to capture with honesty and authenticity, has throughout my career been the stuff of endless hilarity. I have been on countless shoots where I have witnessed some variant on the following conversation:

Subject (having just been filmed collecting his pigeons in the pigeon-coop after being forced to re-release them three times in a row): So, what would you all like to do now?

Subject: I'd probably make myself a cup of tea. Or take a nap.

Director: A nap's no good. It doesn't make good TV. Tea? The thing about tea is, it isn't very active. We would really like to see you, you know, it would be nice if you were doing, if you were doing,... doing something.

Director: Well, what might you be doing? Could you be hammering something? Maybe hammering a board onto the pigeon coop?

Subject: I could do that if you want , but I think that would terrify the birds.

Director: Well, not that, then. What could we do? What other sorts of things do you get up to?

Director: Don't you worry, we'll get you some tea. For now we need to just concentrate on getting this next shot.

Director (to cinematographer): Phil, Phil, we really need some B-roll here. Can we do tea? Can we make making tea look exciting?

Phil the Cinematographer: Of course.

Director: But is it active enough?

Director (to subject): Okay, here's an idea. What if you made some tea now? How would you go about it?

Subject walks over to stove, turns on a burner, picks up kettle and walks to sink and begins filling it.

Director: Wait! Wait! We're not ready. We need you to empty the kettle and start over...

Me (the soundperson, to the director): That faucet is really noisy. Would you mind asking him not to do any speaking at the actual moment that he is filling the kettle? That will make it much easier to edit. 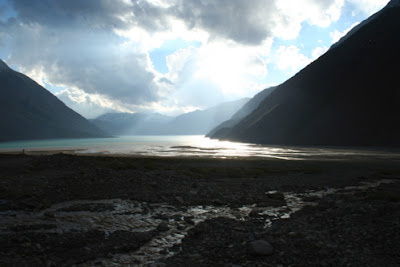 After that prolonged digression into the nuts and bolts of filmmaking, let us return to the resolutely unfunny Chilean dictatorship. Garcia-Marquez, intrigued by the idea that Litin had made a documentary in Pinochet's Chile using three different foreign crews, none of which knew of the existence of the others, nor, for much of the filming, even of the presence of Litin himself, sets out to write the "making-of." Litin, disguised as a bourgeois Uruguayan businessman, spent much of his time in Santiago directing the cameramen via subtle hand signals, waved from dozens of yards away across plazas and parks to one trusted assistant, who "translated them." It was a brave and heroic, but also foolhardy and somewhat absurd undertaking. It seems almost implausible to me that any great amount of the footage could actually reflect his vision, but it is the filmmaker's personal journey through the once familiar territory of his beloved Chile that is truly fascinating. 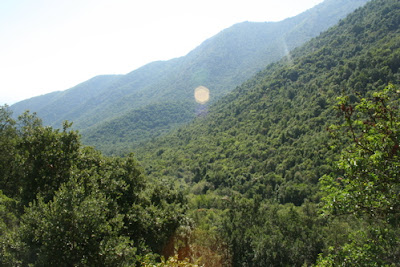 In the midst of the drama of trying to get a film made under such harrowing circumstances, it is Garcia-Marquez's observations on identity and exile, as experienced by Litin, which make for the most poignant reading. Of wearing a suit and attempting to assume the persona of just the sort of latin-american oligarch he pities and despises, the narrator says "changing personality is a daily battle in which, wishing to continue being ourselves, we keep rebelling against our own determination to change." Sitting alone in a restaurant in Valparaiso, still frequented by an elderly couple who had known Litin and his wife when he was courting her there, Marquez-Litin watches the couple and observes that "occasionally they would look over at me without curiosity, without the slightest inkling that we had once enjoyed each other's company at the same table. It wasn't until that moment that I realized how long and devastating the years of exile had been. Not just for those of us who had left--as I had thought until then--but also for the ones who had stayed." 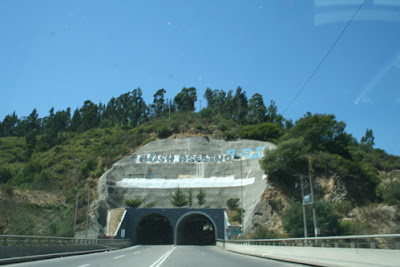 Those who left, like Litin, are the old guard. He discovers that within the country is a new generation of dissidents struggling against the savage Pinochet dictatorship, youngsters who scarcely know his name or the names of Allende's murdered colleagues. He shuttles around like James Bond, changing hotels and taxis dozens of times, wearing a blindfold on visits to the secret hideaways of the resistance while trying to come to terms with the ongoing dictatorship and his sense of loss and abandonment. He lingers and lingers, captivated by the prospect that a dissident general in the junta is on the point of offering himself up for a clandestine tell-all interview. Meanwhile he cannot shake the feeling that the junta is, if not on his tracks, at least aware that something is up. It is the moment for flight, and for editing the film, but we can tell that Litin wishes terribly that he could stay.

I met a Chilean on that trip through Cuba, one of the few exiles who decided to stay in Havana rather than return after the final, long-awaited demise of the General. It was too different for him, the new Chile, too full of shopping, infected by a general obsession with money, how to get it and keep it. "Nobody wants to remember what happened to us," he told me. "It might interrupt commerce." Litin, of course did go back, to work, making films, but after reading Garcia-Marquez' account the one I would most like to see was the one he made in 1986 when he was persona non grata.