Diggin' in the Crates 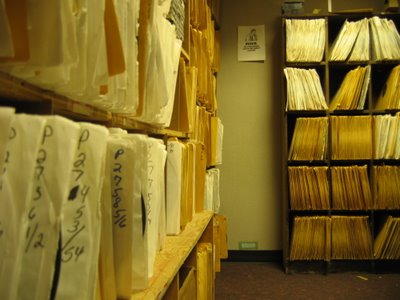 Do you have any Incredible Bongo Band?

According to superdeejay Georg Bakker of the McMurdo airwaves, the Armed Forces Radio Network vinyl archive, locked up in a big closet just down the hall from the radio station, is the last of its kind anywhere in the world. Georg heard some of donflan's latin stylings on the killer ipod at a little going away soiree we threw last night and urged me to come over to the radio station and check out the collection. 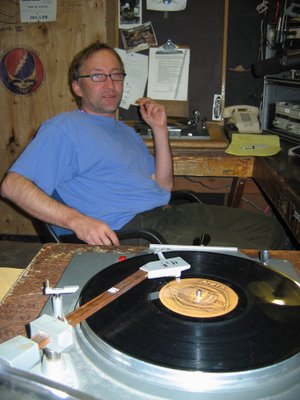 Working what may be the only two turntables on the entire continent...

I was picturing a dusty vault full of pristine superrare James Brown productions and trying not to slobber on myself in anticipation, so after brunch today I hurried over to find Georg behind the wheels of steel, transmitting a powerful mix of classic era Fania to the MacTown massive. It looked a lot like the room I first deejayed in at WPRB, when I was at college. "Like a kind of a time capsule," Georg said. 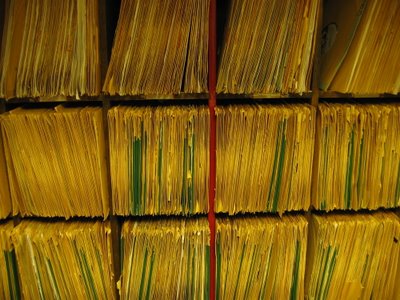 I bet none of the rest of you dusty-fingered beat freaks have gone crate-digging in Antarctica!

He showed me the vinyl, which used to arrive via subscription from the armed forces, and was arranged by genre. They have several hundred latin records in paper sleeves, each with a collection of mexican hits on one side and primo New York salsa on the other, all compiled and furnished by someone who had a great job working for the Pentagon in the 1970s. 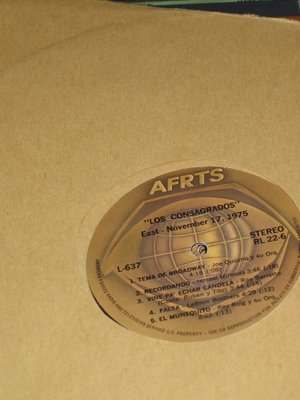 Every record is a sort of 'greatest hits' for a particular month...

Imagine joining the marines or the army or whatever

and your job turns out to be choosing what hot music to ship off to military bases across the globe. Apparently everywhere else in the world but McMurdo these vinyl collections have long since been jettisoned. I pulled some Harlow, Orchestra Broadway, Jonny Ventura, Ismael Rivera, and if you don't know, now you know. Georg and I took turns deejaying. I have no idea if anyone was listening, but it was, shall we say, fat.

(Update: About an hour after I left, Georg gave me a call to say that the phones at the radio station were ringing off the hook and folks were even checking in with requests. Too bad I'm moving to a freezing cold slab of rock at the foot of Mt. Boreas tomorrow or we could really get something going.)

The project that really needs attention, according to one highly placed source who has asked for anonymity, is a remove-and-rescue mission for the relief of several thousand slowly decaying black plastic disks placed in "temporary storage," some two decades ago, in the mouldering crawl-space of a certain private house in central New Jersey.

As long ago as the 1920s Egyptologists at the Boston Museum of Fine Arts proved by laboratory test that the half-life of complex hydrocarbonic plates, whether or not they have been inscribed with the esoteric music of Panamanian bordello-keepers or Peruvian llama-herders, decay at a rate considerably in excess of that characteristic of the sarcophagi of Middle Kingdom monarchs.

Dad, surely you aren't referring to that select few crates of vintage wax which you have so generously permitted me to store in the ideal climatological conditions of your basement, while they mellow and mature to their fullest potential, like the offerings of the best chateaux in Bordeaux?

And in other news from home - the 50th stage anniversary of Johnny Pacecco celebrated with the Fania All Stars at the Theater at Madison Square Garden was almost as exhilarating as the 1974 show in Kinshasa, just before Ali and Foreman laid the groundworks for their respective brain damages. You sure were missed that night out in New York.