Reading: In Patagonia by Bruce Chatwin 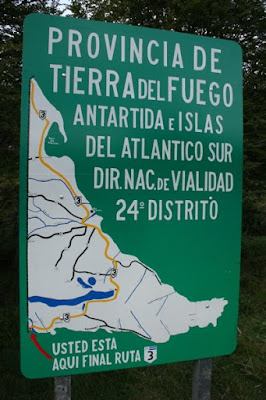 “The wind sighed through the municipal araucarias.”

For years I didn’t read any travel literature. This is rather strange, given that I was aspiring to write a travelogue of my own. But I didn’t want to pollute what I hoped would be a style, my style; I assumed my memory was bad enough that I could avoid the undue influence of the great travel writers by neglecting them for a time. But this boycott wasn’t meant to last as long as it did; writing a book took much longer than I had anticipated. (Should the next one prove to be so time consuming I shall have to arrange to be reincarnated).

it seemed predictive of failure to renege. And so the years went by. I restricted myself to novels and biographies, and memoirs that did not involve passports. (Of course this is silly).

Not long ago I realized that Guantánamo

has been out for months without my taking advantage of what I now hope will only be a narrow window of time in which I am not actively working on my own travel literature. (If I want to continue to read my favorite books, I am going to have to develop the self-confidence to believe that I will not let myself be overwhelmed by them). 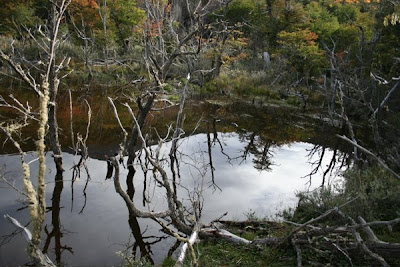 What to read, then? It dawned on me that I haven’t read Bruce Chatwin since the 1980s. Despite his premature passing and limited output, he is a titan amongst literary wanderers. He is a pioneer in the conjuring of a sense of foreign place not only by direct observation but also through the deft incorporation of all sorts of ancillary threads and diversions, so that, like his bushwhacking from place to place as he seeks trails on the ground and through the forest, his writing also diverts along forking paths through the history and literature of the places he visited, giving a fully crafted but altogether alternate sense of past events. Never more so, perhaps than in In Patagonia. 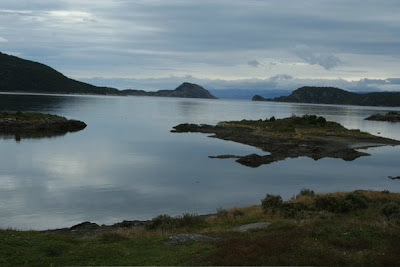 Chatwin’s Patagonia is purple and orange and sulphurous. It is chilly and damp, as befits an outpost of the British Isles. This it apparently is, a sort of loser’s ground for expatriated sheep farmers and adventurers who, once in Patagonia, settle for sheep farming. Butch Cassidy and his gang flee Utah to hide out here. It is a part of the Americas wilder and more remote, even, than their wild west. They farm. Bored, perhaps, they go back to armed robbery in the Argentine-Chilean borderlands. The tales Chatwin tells of them are typical of his unparalleled nose for backstory, his ability to find the choice historical nugget that gives a place meanings unrevealed by classical history. 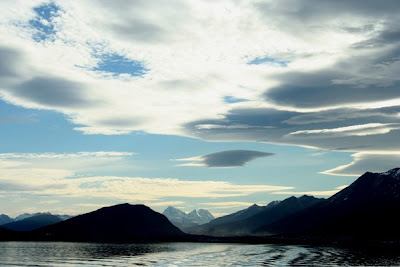 Once he crosses south into the wilds, Chatwin scarcely meets a Chilean or Argentine latin, just anglos clinging on to their bagpipes and wooly sweaters and Wellington boots, fragments of a distant transatlantic culture. There are a few miserable indigenous folk serving as transient sheep-shearers, and a new wave of Italian Peronists agitating to seize lands long ago cleared and fenced by sturdy brits. These upstarts have a much less legitimate claim to Patagonia than the generations of Welshmen, but the latter, stolidly failing to learn Spanish, remain forever outside the dominant political structures of Buenos Aires, to the far north. 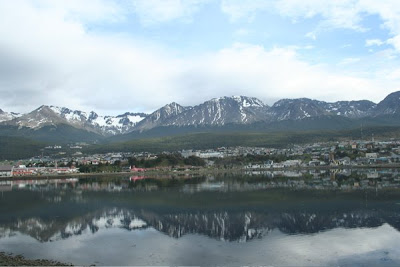 Ushuaia, at the end of the world: "The blue-faced inhabitants of this apparently childless town glared at strangers unkindly." 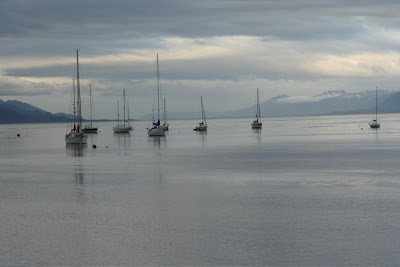 "I left Ushuaia as from an unwanted tomb...." 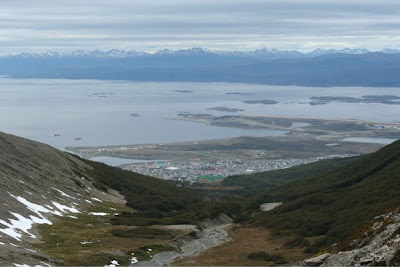 It is a gloomy picture, but only very rarely, and with the most stringent economy, does Chatwin tell us how he feels and what he thinks. (In contrast, my eagerness in Guantánamo to exploit my own misery, the chuckles easily extracted from the reader by recounting the blisters, aches and pains and psychological discomforts of hard, solitary travel, feel cheap). Once, two thirds of the way through, he lets the words of a fellow traveler, a Miss Nita Starling, also wandering the world, sneak in to speak his own thoughts. “It is beautiful,” she says, “but I wouldn’t want to come back.” “Neither would I,” allows Chatwin. 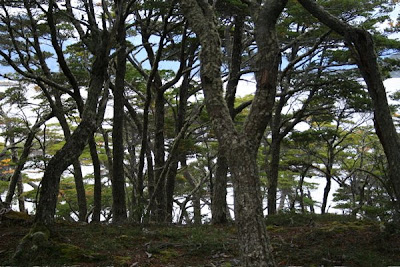 Nita Starling, horticulturalist: "For seven years she had traveled and hoped to travel till she dropped. The flowering shrubs were now her companions. She knew when and where they would be coming into flower. She never flew in aeroplanes, and paid her way teaching English or with the odd gardening job.... She quite liked Tierra del Fuego. She had walked in forests of Notofagus antarctica."

Although virtually every singles ad ever placed online expresses the evidently desirable desire to do more traveling, it is a convention of travel writing that the motivation for a particular trip must be related. There must be a thing being escaped from, or a goal toward which one is rushing. (Perhaps the singles ads really mean “I need someone to travel with—for nobody in their right mind travels alone--” another way of demanding that those of us who do so should explain ourselves). Why else would one walk out the front door, away from the comforts of home and hearth?

One measure of the brilliance of a travelogue is the economy with which this question is disposed of, since the real answer, at least for me, tends always to be: why not? In The Happy Isles of Oceania,

Paul Theroux dispenses with his failed marriage in a single paragraph on one of the first pages of his weighty kayaking epic, through the long course of which we never again ask what the hell he is doing paddling about aimlessly through various pacific island chains. Another measure might be the flimsiness of the pretext: In his very first paragraph, Chatwin, who wrote another book titled simply What am I Doing Here?,

recollects from his English childhood a square of hairy skin that his grandmother kept in a cabinet of curiosities. It had been sent from the tip of South America by an unknown but legendary relative, Charlie Milward, a seafaring man who, perhaps by way of explaining his own wandering, had once written “Liverpool or Middlesbrough are not places to raise your spirits to a high pitch.” Little Bruce longed for it, this tiny tuft of wooly mammoth, or brontosaurus, and In Patagonia

purports to be the quest for its origin. 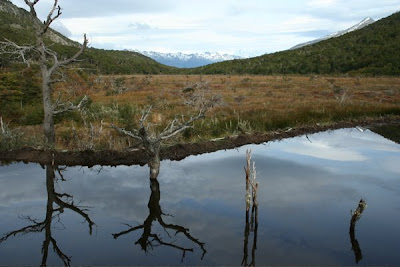 Before Chatwin steams away from the cold gloomy mists of Patagonia at the book’s end, he hikes to the cave where Charley Milward had discovered the preserved corpse of a mylodon. Upon finding a few remnant hairs, Chatwin admits: “I had accomplished the object of this ridiculous journey.” But by this time he has covered so much fascinating literary, historical and anecdotal ground that we can only disagree strongly with his choice of adjective. 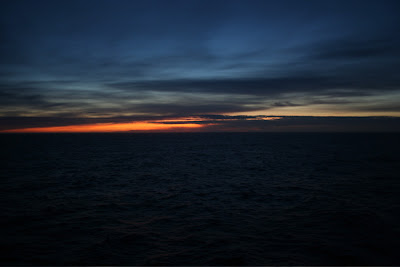 Another Chatwin quote:
"I never felt any real attachment to a home and fail to produce the normal emotive response when the word is mentioned.'
- its from another amazing book, this one by John Ure called 'In Search of Nomads', quoting Chatwin amongst others...ahhh - I really relate to this writing...

Greetings from Paris! One good turn deserves another. I recommend W. H. Hundson's THE PURPLE LAND.

Wasn't the one about the hairy skin called Utz?