"Flames have engulfed a rear section of the store, possibly the smokehouse....

"Traffic in both directions along Airline Highway is extremely slow as thick smoke and an acrid smell hangs heavy for several blocks. 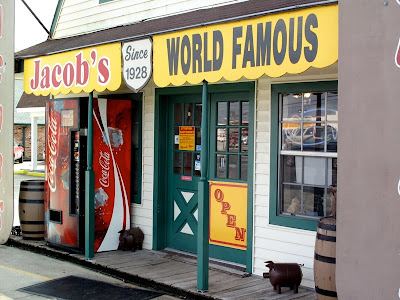 "'The car wash guys saw the flames and ran in to tell me to call 911,' said Robin Guillot, owner of the Quick Stop Car Wash, which sits very close to Jacob's. 'We were worried cause we had some cars parked along the side very close to the building.'

"Jerry Lumar was traveling from Norco to LaPlace to get his truck washed when he noticed smoke all over Airline Highway, he said.

"'They have some real good andouille,' Lumar said. 'Thank God nobody was hurt.'"

We agree with Jerry in every way, and we urged von Damitz to stick to this story like a splash of gumbo on a prom dress. A few hours later she sent more info, including comments from LaPlace fire chief John Snyder: 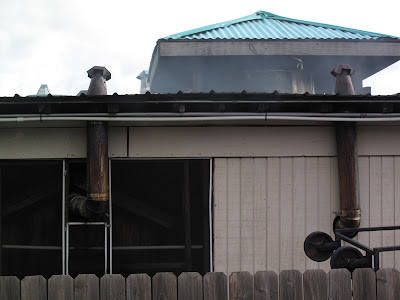 "''our first truck arrived at 3:39 to find heavy smoke in the middle building of the property, which is the smokehouse,' he said.

"The front, or retail portion of the business sustained little or no damage, Snyder said. 'Mostly just the smell of smoke.'

"Most of the inventory was moved to coolers in the back of the business, able to be saved."

Apparently the cause of the blaze was unknown. (I'm not a fireman, but I'll go with "ignited pork drippings." Just a theory.) Thank goodness I still have a giant stick of Jacob's andouille in the freezer to tide me over until they get back up and running.