Reading: Need for the Bike by Paul Fournel 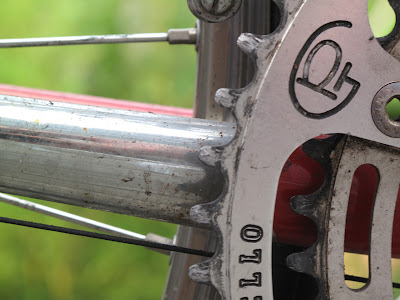 There is nothing about Paul Fournel's meditative little volume on his lifelong addiction to bicycles that smacks of avant-garde literature. Reading it, I was reminded of an episode from my college days in which a bunch of us, fanatical devotees of experimental cinema, attended the premiere screening of an eminent vanguardist's new work. The film proved to be a remarkably normal documentary about the filmmaker's other passion. I think it was on the restoration of wooden toy train sets or dancing nutcrackers, or something along those lines (but I've forgotten, just as I've forgotten his name). It was a perfectly beautiful and simple documentary, but I was so desperate to locate deep metaphorical and formal subversions of the genre between its frames that I scarcely appreciated it. 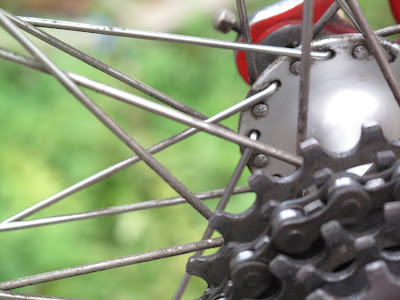 But I've aged, and mellowed. I read Need for the Bike

with pleasure, neither looking for nor noticing even one example of Oulippian technique. For Fournel is, according to Wikipedia, the president and also the "Provisionally Definitive Secretary" of Oulipo, a French group of mathematically interested writers who set up rigid constraints and then attempt to write literature within them. For instance, from the Wiki:


"S+7, sometimes called N+7
Replace every noun in a text with the noun seven entries after it in a dictionary. For example, "Call me Ishmael. Some years ago..." (from Moby-Dick) becomes "Call me islander. Some yeggs ago...". Results will vary depending upon the dictionary used. This technique can also be performed on other lexical classes, such as verbs." 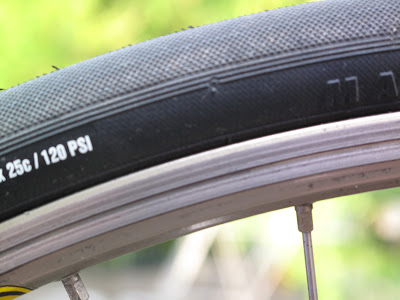 Only the French could turn Mad Libs,

the mildly amusing children's word replacement game booklets we used to fill out on long pre-teen car rides, into an avant-garde literary movement. But the sense one gets from Fournel's book about cycling is that in describing the many roads he's taken on his bicycle, he's also meditating on the road not taken. Deep into this short book of short chapters he writes "for a long time I wondered why I wasn't a racer." He then answers his own musing: "the objective reasons are many: I had 'better things' to do, and at the age when one tries to become a racer, I had set off on other adventures." 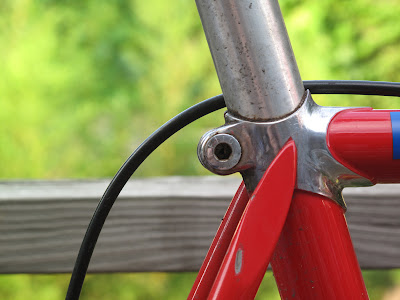 Wherever he has been, whatever he has been doing, Fournel has always had a bicycle to turn to, for exercise, escape, meandering, socializing. "I've only owned beautiful bikes," he writes. "I prefer rigid but supple steel, which isn't really so heavy...." Fournel writes about crashing, about the absurd tan that results from thousands of miles cycled in shorts, jersey and ankle socks. He writes of scaling the most notorious mountain roads made famous by the savageries of the Tour de France, and the sense of ownership of the landscape that comes from pedaling urgently through it. Before they even get on their bikes he knows from the look of his companion's legs what sort of a ride they will have together, how much competitive potential is there. He fondly describes the state of permanent, dull ache the rider feels in his calves and quads for the duration of the cycling season. The bike is his barometer of all things: "I know that if I succomb to depression, it will start with a breakdown in my thighs. It will start with cycling sluggishness, and the rest will follow." 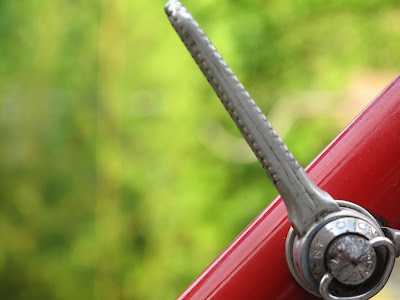 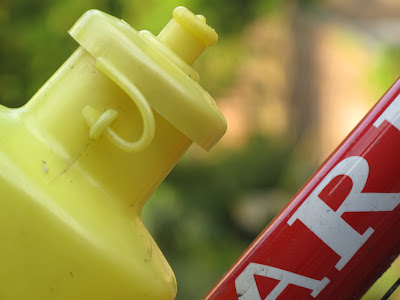 This, you may have gathered, is not a book for everyone. If hearing the word "Campagnolo" doesn't trigger a flutter of acquisitive adrenaline at your temples, if you're uninterested in having a peek at the cutouts in my bottom bracket, if you find nothing romantic about a velodrome, or don't even know what one is, if you object to spandex shorts, if your legs aren't sore and you're scarless, if you've never heard of the Paris-Roubaix, you may not find this book as charming as I do. 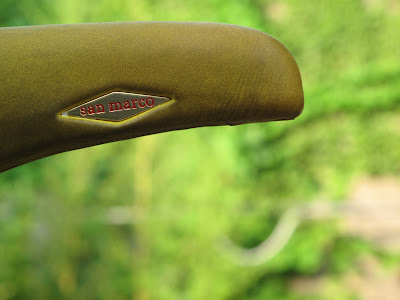 i ordered it !
wowe