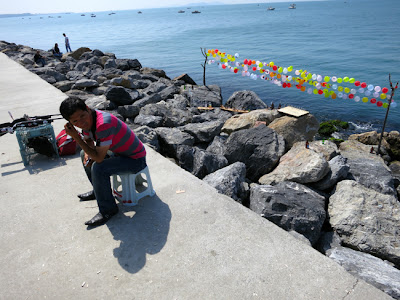 The south shore of Sultanahmet is marked by a long waterfront promenade, divided from the sea of Marmara by a beach made of jagged, craggy boulders. Here, men fish, by the hundreds, casting lines baited with up to a dozen tiny, wriggling silver fish. On weekends, a grassy waterfront park is thronged with barbecuers and chattering families. Traffic zips past behind, the four lane highway dividing the city from the water. It's a bit like Havana's malecon, except that Istanbul has twenty million inhabitants. Nonetheless, the water is a sparkling, Mediterranean blue.

Among the weekend diversions on offer is target shooting, with air rifles. Early in the morning men set up these impromptu ranges, clambering over the boulders to string lines of balloons and build thickets of empty beer bottles on the rocks, some ten meters below the waterside walkway. They don't seem to have prizes; one pays, I think, for the rental of the airgun and the purchase of some rounds of ammunition. It's all about hitting things, firing, popping and shattering. Pity the hapless fish that surfaces too close behind. I would also advise against swimming.

The strings of balloons lining the coast are weird, but somehow beautiful; the longer lengths of them, hanging like inflatable laundry above the surf, suggest an intervention by Christo. But by afternoon the rocks are scattered with popped ballons, and shards of bottle awaiting the tide that will churn them into seaglass. 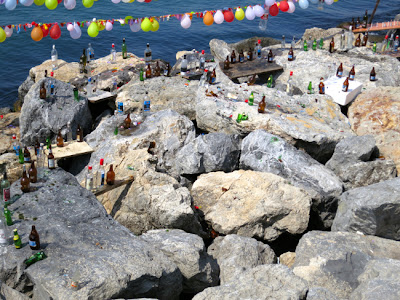 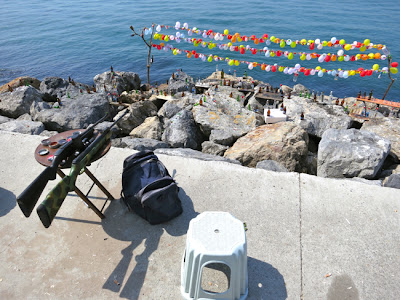 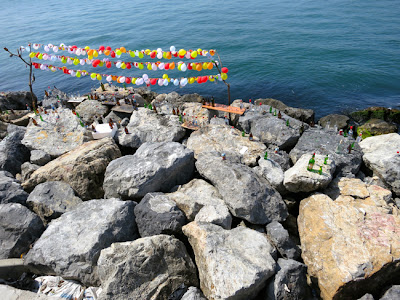 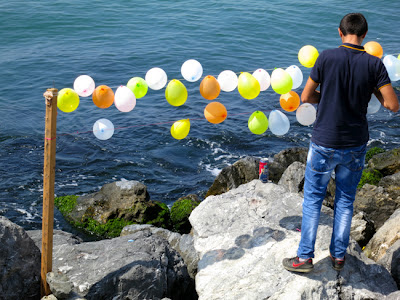 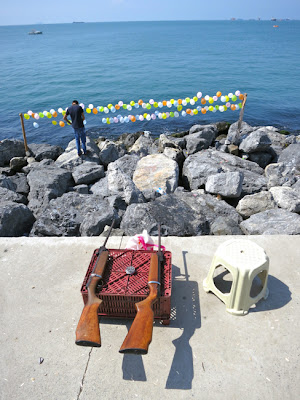 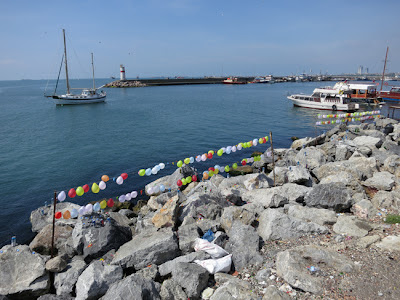 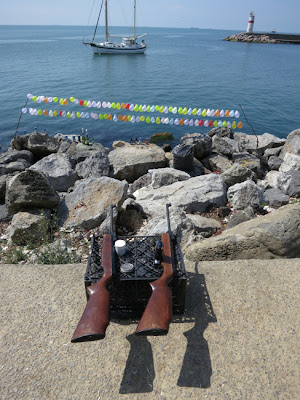 You were NOT just in Istanbul were you?

Uh. Yeah. Just got back two days ago. Did I fail to see your friendly bearded self wandering the back streets and bazaars? That would be tragic!