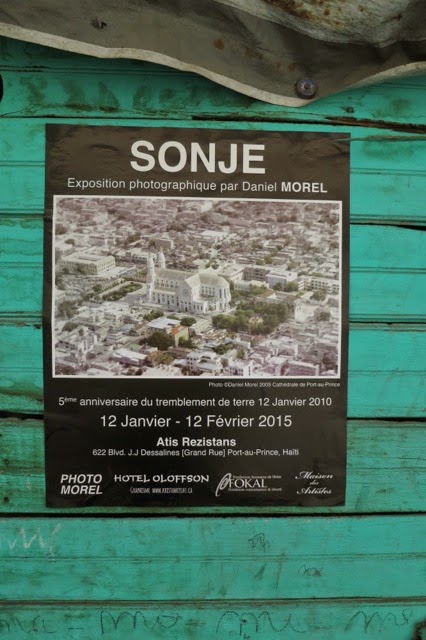 I made a quick trip to Port-au-Prince last week to catch the opening of Daniel Morel's show of the photographs he took on the day of the earthquake, five years ago on January 12, 2010. It was an entirely unique event in my experience of the Haitian art world. He displayed the photographs in the Grand Rue inner-city neighborhood where he took them, so that the primary audience for the show was the same people who appear in the images. The are the subjects, or the friends and neighbors of those seen running, panicked, through the streets, in the pictures. Furthermore his assistants and docents are all drawn from the community, making it entirely a neighborhood affair. It was extremely moving, and I remarked at the time that I have never seen visitors to any Chelsea gallery stare with such intensity at the images on the wall.

I hope to post an interview with Daniel Morel about the show soon. At the moment I have a piece about it running on the BBC's "From Our Own Correspondent." You can listen to it online here, or catch on the BBC World Service wherever and whenever they run the program. 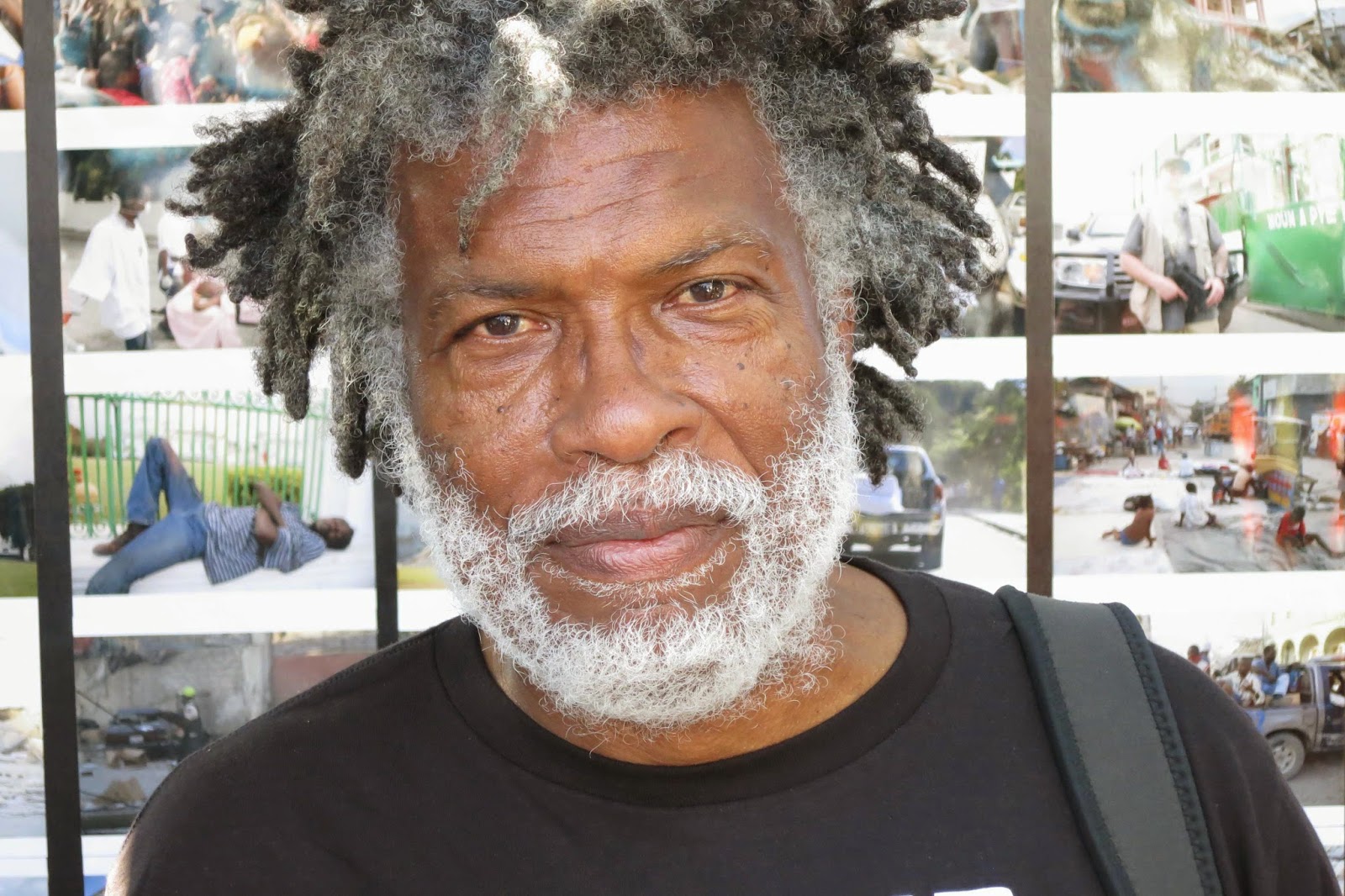 Daniel, in front of his exhibition.


ps: Anyone still having trouble with the link, as pointed out by phuzz in the comments, can cut / paste this: http://www.bbc.co.uk/programmes/b04ykk4w

Thanks very much, phuzz. I think it is fixed now!

A powerful story and perspective from someone was there ...and STILL is there. Thank you for posting this.