The Many Moods of Donald Trump

My very first proper job was in the camera department at the Princeton University Store. It was a summer employment, and I was very temporary, but it was a time when working behind a retail counter was a perfectly stable and respectable career, and two of my co-workers were middle aged guys who had been working there ever since I remembered first going into the place when I was virtually a toddler. One of them was mildly animated. The other, Bob, was slightly pudgy and entirely unflappable, so unflappable that he appeared to be emotionless. Bob never got upset and Bob never smiled and Bob always wished the departing shoppers a good day. On the wall, to show passport photo customers what they would receive after getting their picture taken, we posted a grid of four identical photographs of our unflappable coworker. Underneath, someone scotch-taped a caption: "The many moods of Bob."

That job might mark the beginning of my love for and interest in photography. But while I'm fascinated by the photographic image, I've always questioned the ability of photographs to convey meaning. Photographs are an amazing tool that help immeasurably in telling a story, but they cannot tell stories on their own. Without writing or context the typical photojournalistic "capture" is only capable of a message so broad that it is essentially meaningless. A picture of a policeman pointing a gun, with bandanna'd youth threatening to hurl shards of brick in the background? Sure, there are racial clues, and a full-on semiotic analysis of a particular image will yield more, but often we don't know if we are in Baltimore, Algeria or Burma. "Demonstrators confront authority" is about all we can extract.

What does this have to do with Donald "I have ten billion dollars" Trump? Recent coverage of the Republican frontrunner's presidential campaign in The Guardian has me thinking about how single, but especially multiple images, can drive an agenda virtually without context. I find, at least collectively, that the images below convey a consistent and undeniable message. They convey meaning without caption or context. All of these have been lead illustrations for various Guardian articles about the Donald over the recent weeks since he announced his candidacy, but you don't even need to know who this is to understand that you are dealing with a flatulent, mansplaining blowhard.

The relentlessness of the photoeditorial decision-making process at the Guardian raises questions of fairness in journalism that are more typically leveled at written coverage. Or perhaps there just aren't any photographs of Trump in which he looks friendly, reasonable, or electable. 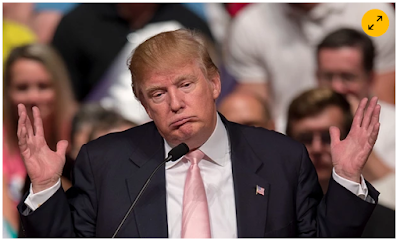 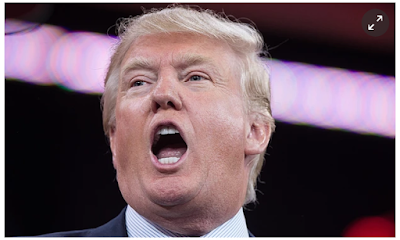 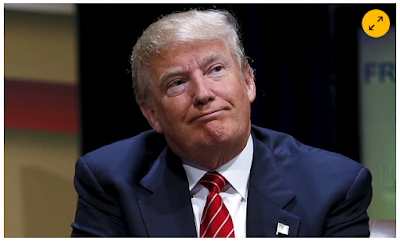 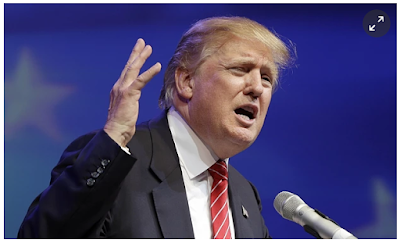 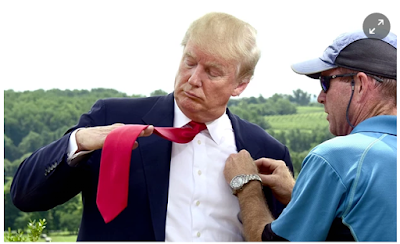 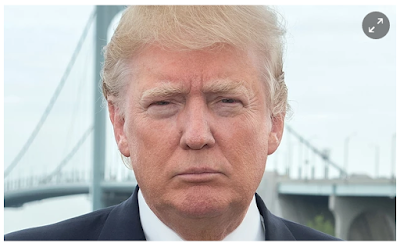 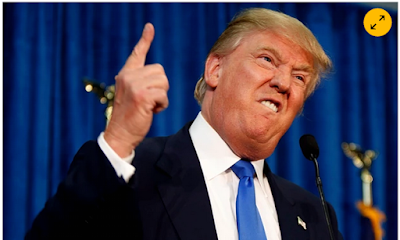 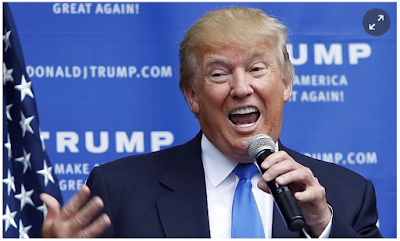 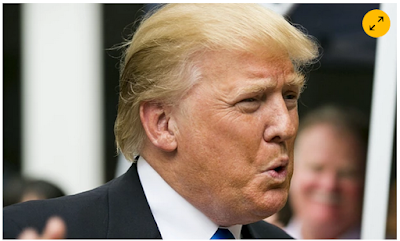 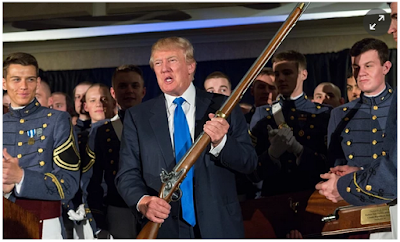 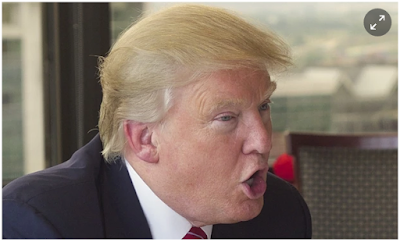 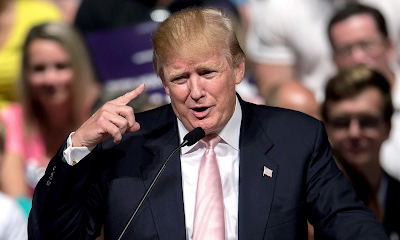 (All photographs are screenshots from the Guardian online, rights and authors various. Any copyright complaints will be swiftly considered, although I generally feel that the fair use principle applies here.)

I remember in 88 seeing how the Times portrayed HW Bush and Dukakis above the fold on the front page and could tell from that that Bush would win.

fairness in journalism has long
been gone
journalistic ethics don't exist anymore
which is very sad (very few exceptions)
but people get what they want
because they are given what they want
isn't that how it works ?

@WoWe Please post an example, or a link to an example, and I will try to express the story I get from the image....