The phone rang. An agitated voice on the other end of the line: "we don't have much time." The voice, familiar, despite a tremble in the vocal cords. From the neighborhood, maybe. A pause: "you gotta help us. The demolition crew is coming in next week, and then it will all be over. Curtains." Turns out to be Gita Nandan, calling for backup. One of those fabulous architects, you've heard of 'em, the thread collective. Word on the street was they had yet another major commission to gut, extend and greenify a classic Brooklyn two-family brick number, just across the Gowanus. Rip the house apart. Build it back better. You wanna make an omelet, you gotta break some eggs. For a frittata you also need some chopped onions, maybe a little parsley. But I digress. See, the thing was, along with the back wall, the whole garden had to go. Dig it up and move it out, or it was all going under in an avalanche of sheetrock dust and powdered brick. A chlorophyll holocaust. Ugly. The voice finished up the sob story, almost pleading: "What do you think?"

Thunderheads were rolling in, and it was getting dark fast, but we grabbed the shovels and headed for the truck. 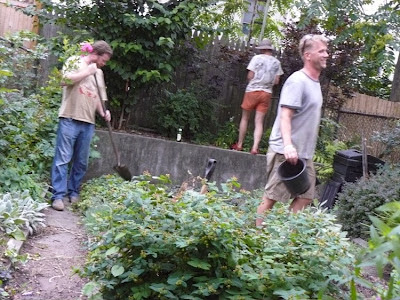 Before: moments after arriving, the team makes an initial assessment. 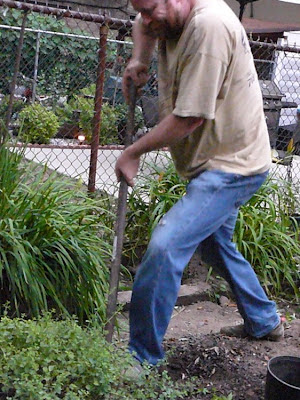 Prognosis: positive. There's enough oregano here to keep the whole block fragrant. If we can get it back across the canal in one piece. 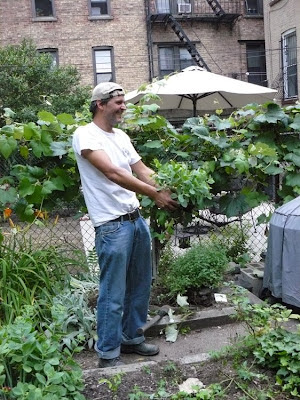 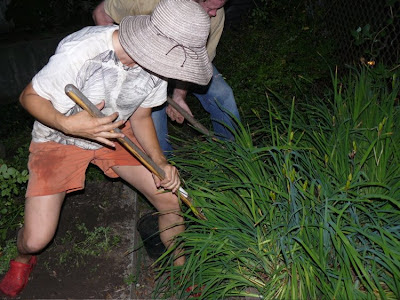 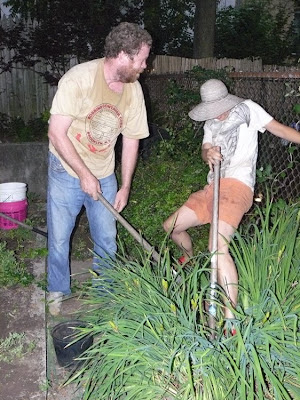 I'm temporarily stunned into immobility by the crazy leverage. 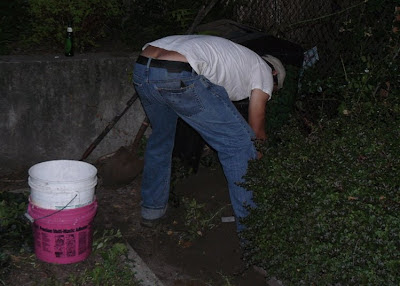 In his urgent tussling with a recalcitrant rose, Veneman pops a sag, also known as "plumber's crack." In the gardening trade we call this "offering the vase," since the quick fingered usually waste no time finding a choice bloom to tuck right in there. 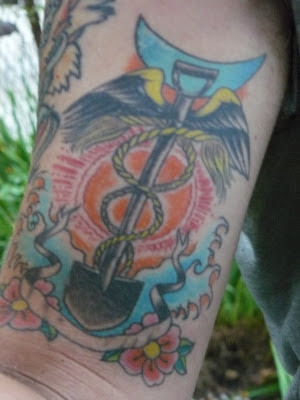 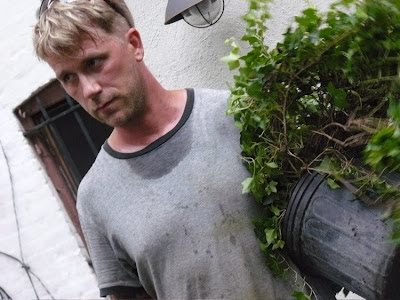 PJ, a full-time professional (as one might judge from his tatt) looks rather dismayed by some of the amateurish digging going on around him. 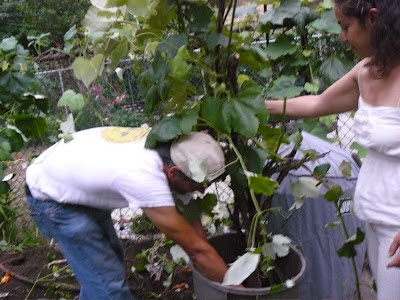 Jens and Gita wrestle a massive grapevine into submission. See you at the wine tasting! 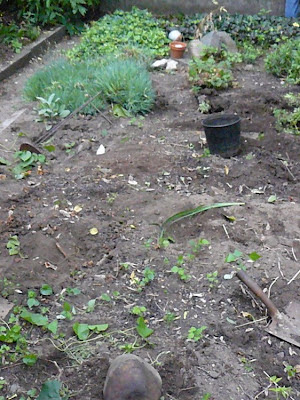 After: Mission accomplished. Nothing remains but a manky mat of dianthus. You can't give that stuff away. 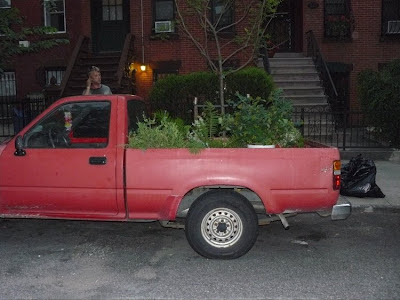 What's another name for pirate treasure? The trusty Toyota, locked and loaded with rescued greenery. 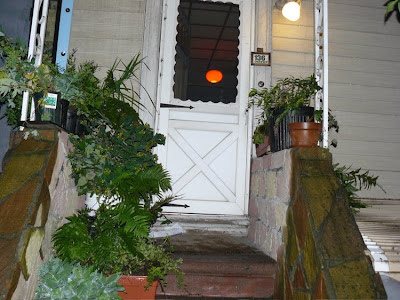 Buh buh buh booty! The haul, splayed out on the steps back in Red Hook.

Job well done. Over and out.

Your Great-Aunts, Louise Fleming and Mildred Fleming, would have been thrilled to read of your rescue work. Of course they would have probably had a more gentle approach to the work were they alive and doing it.