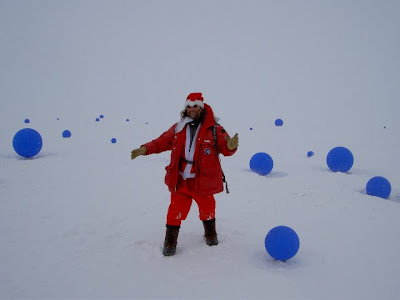 Two years after leaving McMurdo Station in Antarctica I continue to be stunned by the widespread confusion, even in the most sentient segments of the population, between the arctic and the antarctic. Just the other day someone asked me if on my visit down there I had the chance to learn to speak any Inuit. Here, by way of sending Christmas greetings from the deep south, my friend Michael Deany adds another layer to these common misconceptions about where the polar bears and the penguins live, and where Santa has his workshop.

hmm...i hope this is not meant to be literal.
kinda ruins santa.