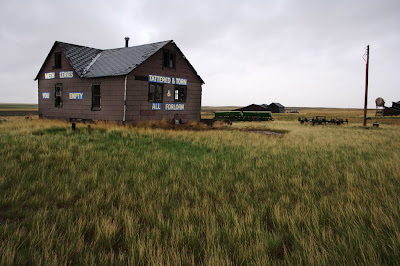 We are experiencing, the media keep telling us, "the greatest financial crisis since the great depression." Or at least that's what they were saying all fall. Now that winter is upon us the comparisons between our teetering banks and plummeting home values and the teetering banks and plummeting home values of the late 1920s seem to have been abandoned. Not, I think, because editors and writers have spontaneously discarded such a resonant historical reference, no matter how over-worked it has become, but because most now believe that our crisis will turn out to be far worse. 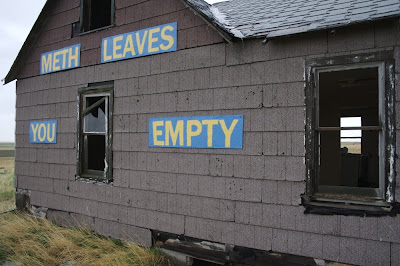 Photography remains obsessed with time, and with the telling of stories. If a photograph cannot tell its own story and requires assistance, its use is restricted to illustration, to the role of assistant in some other kind of story, usually a written one. Hence one aspect of the inferiority complex that plagues the medium. This is why disuse, decay and collapse have always been fertile ground for photographers, because refuse and abandoned places are inhabited by the ghost images of their former owners. They carry the weight of time in their DNA, and a photograph of a rusting tool or a collapsing building implies a narrative. The house was built, and lived in--imagine all the things that went on here--and it slowly declined, became unlivable. Now it will gradually return to dust. The right photograph conveys all that. 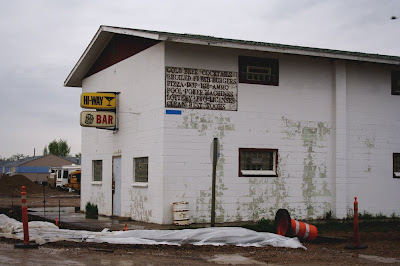 It may be that we are entering a particularly fertile time for this tendency in photography. Wandering through Lemon City in Miami a month ago, it felt as if every other house was vacant. Foreclosed and abandoned, with locks punched out and sheriff's chains securing them, it was impossible not to imagine the ups and downs in the lives of the families who had once lived there.

I first came to appreciate some of the possible relationships between narrative and photography in the work of Steve Fitch. At Princeton, where I studied, photography was taught by two people. Emmet Gowin taught black and white, and for decades brought into the classroom, with a zen-like combination of intensity and tranquility, his captivating and infectious lifelong quest for aesthetic purity. From him I learned that photography, and by extension artmaking in general, are simply tools for demonstrating a way of being in the world. The images resulting from his process were objects in their own right, to be valued and appreciated, and he resisted commenting on their implicit narratives, even when choosing, for example, to make a series of aerial images of strip mines. Color was taught by a rotating roster of invited guest artists, who came for one year, or perhaps two, and then went away again. Color photography was a different species, a different medium, really.

While I was at school one of these transient color photographers appeared, with a stack of prints of campfires in the desert, his exquisite hand-made frames for cyanotype printing, and a disregard for archivism born out of his comprehension of time. Steve Fitch's capturing an entire night in front of the timeless bluffs of the southwest, on one very long exposure, was among other things a representation of man's inconsequentiality in the face of geologic eternity. (Maybe I'm projecting, but I must have come to understand this somewhere along the line). In any case, it seemed clear that worrying about whether a nice color print would still be around in a hundred years for others to look at was sort of beside the point. 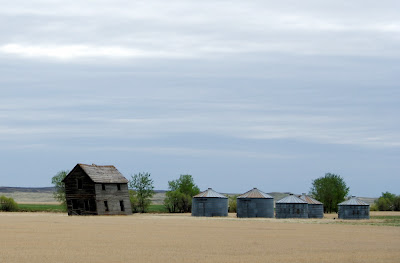 I hadn't thought of Steve Fitch in some time, until I went to Santa Fe last spring, and saw his book in a shop window. Gone: Photographs of Abandonment on the High Plains

is a chronicle of the contemporary ghost town, or at least the ghost homestead. It's an archaeology of contemporary loss. As Evelyn Schlatter puts it in an introductory essay, the story of the West is "come and go, boom and bust." The photographs in Gone are of the interiors of abandoned houses, churches and schools. He made the work in that great swath of chilly, windy plains, striping down through the country, border to border, from eastern Montana to west Texas. Fitch's narratives here are on a more human scale. In the contemporary economic climate, these images look like templates for the broader collapse dawning on us today.

Fitch, however, has not abandoned geology. Some of the same stories, of an evanescent man passing in front of a campfire, are to be read in these pictures. The gutted couch, a flyswatter still hanging off the wall, a lonely piano: these suggest human stories of a different, happier time, but there is an architectural revelation here too, something that shares elements with Eduardo del Valle and Mirta Gómez's work in the Yucatan.

Paint peels and reveals in its layers the many generations that inhabited these walls. One house appears to have been entirely constructed out of beer cans and straw. The crumbling adobe and the peeling masonite ceilings show us how these buildings were built. It's a cycle, the process of their erection revealed by their gradual collapse, and in these quite remarkable photographs the passage of time is marked by the radiating, tannic stains on the peeling wallpaper, the reversion of what once was a wall into a pile of mud, and by the accumulated height of a pile of swallow droppings on a kitchen counter. 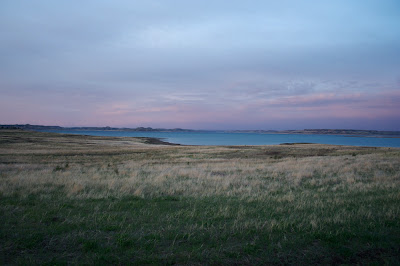 Fitch's photographs are restricted to the interiors of buildings--rather than steal his images, I've illustrated this post with some high plains landscape exteriors I shot while driving across country last summer.

Excellent entry to make us, on this wet, almost-winter day of collapsing markets, think of history and storytelling as the objectives of phototaking. Made me pull a book off the shelf:

From the preface, by Warren Susman, to Michael Lesy's Wisconsin Death Trip:

Writing over a hundred years ago, Hippolyte Taine congratulated those fellow historians who had prceded him for making "the first step in history: leading to a "revival of imagination" through a reconstruction of the past, no matter how incomplete, that enabled them to "see approximately the men of other days." In a particularly brilliant passage he now urged the taking of "the second step": using what the eye can see, "the visible man," to discover "the man invisible," or that center that is "the genuine man"....

Or the genuine construct.

Warm congratulations on your Walking to Guantanamo! Sorry I missed the reading.

Ann (Another Red Hook resident, we've crossed in pathing; I am sequestered with my own travel book.)