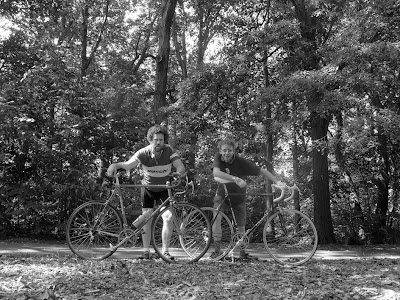 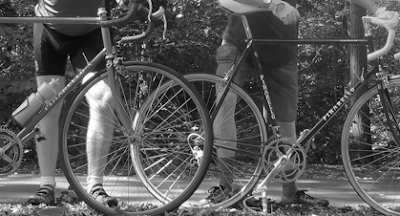 Before the haters come out of the woodwork, let me preemptively apologize for the embarrassing sartorial choice. I'm only wearing a Bianchi jersey because my Pinarello ones were all at the dry cleaner.

Couldn't you at least have shaved your legs for the occasion?

I only shave for the Giro.