Ciné in the Nation's Service

The arrival of exiled former president Jean-Bertrand Aristide yesterday in Port au Prince did not provoke quite the same media frenzy as his similar return in 1994, when dozens of journalists thronged the tables along the terrace at the Oloffson Hotel and I met countless people I am still pleased to number among my friends. 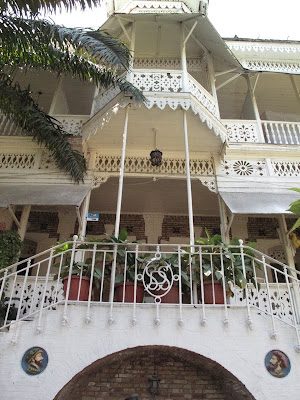 Nonetheless, there were journalists at the airport to greet him, and, according to my friend Daniel Morel, perhaps five to ten thousand citizen well-wishers. Although the few mentions of Haiti in the international press yesterday focused on Aristide's return, the bigger story here is the tidal wave of support for Michel Martelly, the former konpa musician turned political outsider. Barring a fraud of monumental proportions, he is certain to be Haiti's next president. Martelly is the closest thing to a local version of a rock star, and the people treat him like one. He enjoys a sort of pre-emptive cult of personality not seen here since Aristide's heyday. At his demonstrations people swoon and raise their arms toward the sky. On the one hand it is tragic to see the Haitian people once more investing their infinite and exuberant faith in a mere mortal, and one with no government experience at that. On the other hand, it is that very exuberant faith that grabs hold of the visitor to Haiti and enchants forever. So the spectacle is both beautiful and depressing, like so much in this country. 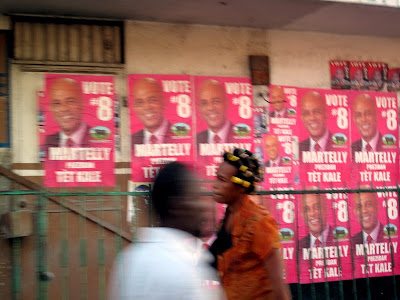 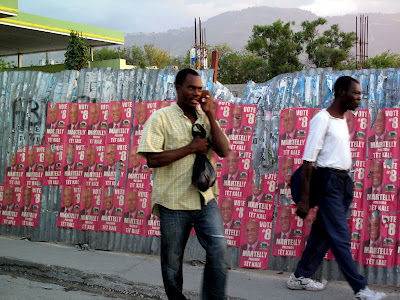 For once, I am working on a documentary here that refuses to get caught up in the cyclical vagaries of Haitian political life; the return of Aristide and the cheering crowds of pink-shirted Martelly supporters are things we hear about over dinner at the Oloffson, not experience firsthand. Yesterday, I encountered on the terrace there a television crew who had been at the airport covering Aristide's arrival from South Africa. To my delight, I recognized them and they me; the cameraman and soundman were both alumni of my sound recording seminars at the Siné Lekol in Jacmel. Although both their administrative building and their classrooms were destroyed in the earthquake, often described here as "the events of January 12th," the school's spirit was not. The students immediately set to documenting recovery and rebuilding, filming the living conditions of tent-camp residents and seeking out gripping stories of survival. They have already made countless films. 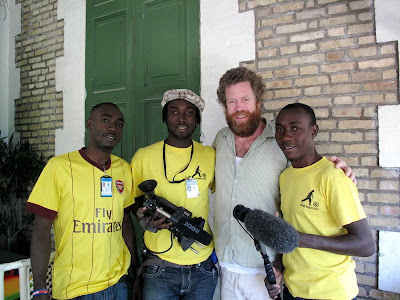 To see two of my students gainfully employed using the skills I had helped to teach them filled me with pride and hope. Cesar "Bougon" Massena was clutching a boom pole and a shotgun microphone, and threatening my livelihood with his abilities. I couldn't be more pleased.

Thank you for such a poignant but heartening and heartfelt blog