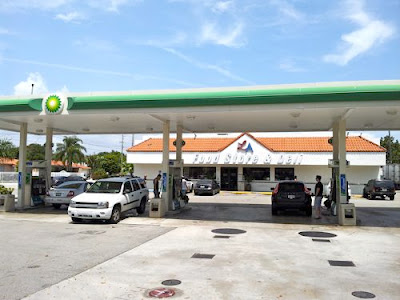 A place to gas up, in more ways than one.


According to a Wikipedia article entitled "Spanish Profanity," the literal meaning of the word carajo is "crow's nest," as in the lookout at the top of the mast on an old schooner. This was news to me, and I rather suspect it would be for many speakers of the language. Much more frequently, throughout the great Iberian diaspora, carajo is an insult, a "swear." Its strength and implication varies across the vastness and diversity of latin america, with usages that include approximate equivalents of "oh, sh*t!!" and "go to hell!" Indeed, upon looking for, and then entering the Miami restaurant named "El Carajo," one is apt to exclaim "What the f*ck!?" 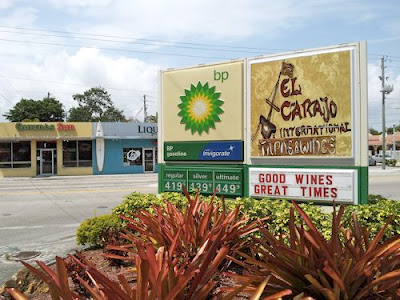 Although the owners of the El Carajo combination tapas bar, wine cave and British Petroleum gasoline filling station franchise pay homage to the nautical in their signage--their logo is a flag flying above a masthead roost tilted aslant by a Caribbean breeze--one imagines that they fully embrace the word's many meanings. It takes not a little sense of humor to open a full-on faux-Spanish cava in the back of a generic convenience store. Here the bewildered, walking in to prepay their gasoline, are likely to find, just beyond the cash register and the standard gas-station amenities, a group of men seated on stools around a table, pouring and sampling a selection of Iberian wines, each with half-a-dozen semi-used crystal glasses spread out before him. 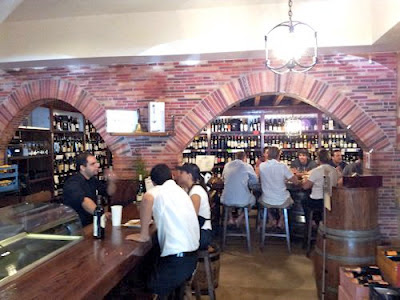 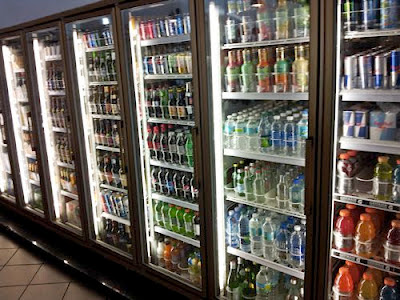 Not unexpected in your average gasoline station convenience store. 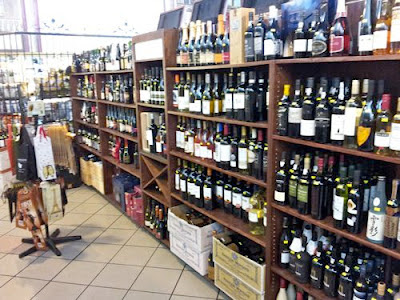 Rather less expected, in an adjacent aisle: this extensive selection of fermented grapes. 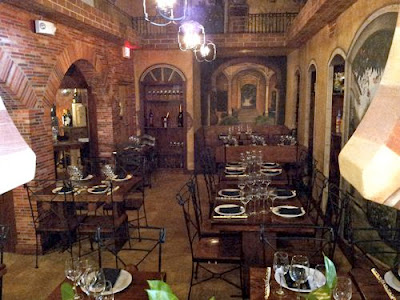 Unexpected to the point of unique? The Spanish taverna dining room, complete with fake brick arches. 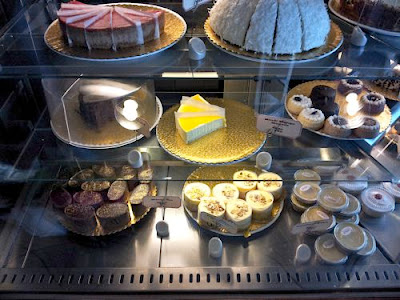 Where some gas stations might have a hot nacho cheese dispensing machine or a slurpy gun, El Carajo presents this selection of fine Iberian cakes and pastries, behind curved glass. 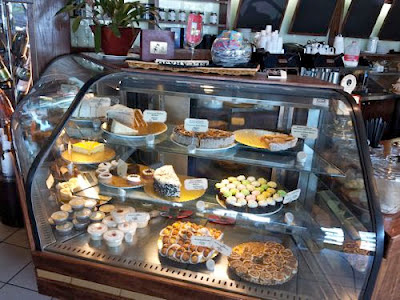 Flan with your fill-up? 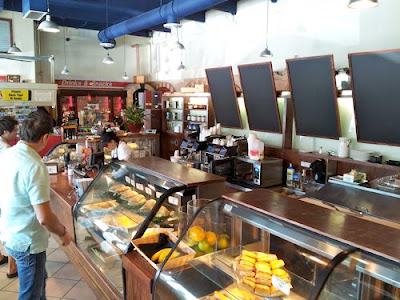 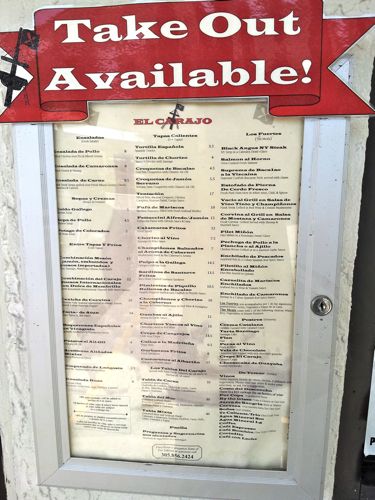 From tortilla Española to black Angus sirloin, to go! 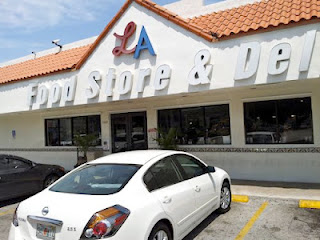 The most unprepossessing façade. 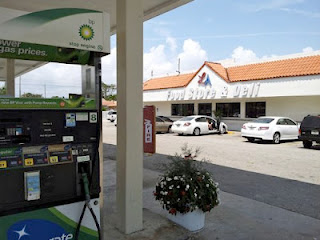 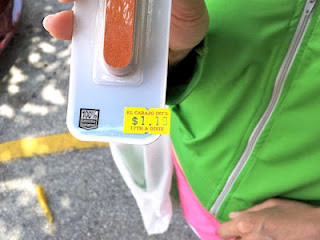 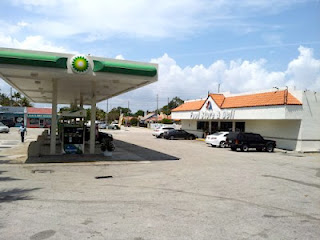 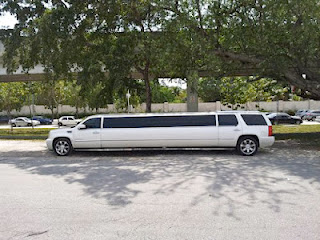