Watching: The Order of Myths by Margaret Brown

If I had a nickel for every would-be documentarian with a great idea for a film about their fascinating lesbian auntie, libertarian war-veteran grandfather or prickly humanitarian cousin, I would, as the saying goes, have a lot of nickels. Yes, home is where the heart is, but it's such an even bigger cliché for early career filmmakers to turn to their families as subjects that it is difficult not to snicker or cringe whenever the prospect of such a project comes up. Documentaries tend to be not very interesting without conflict, and when that conflict draws on ancestral dining room table conversation, most filmmakers invariably capitulate to family sensibilities, until what once seemed like a gripping concept for a movie is soon reduced to a few heartfelt personal platitudes. 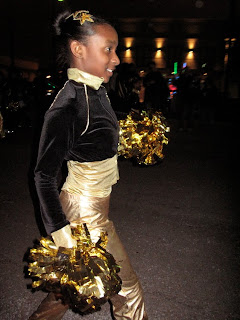 So when this sort of thing is really done right, it demands our praise and attention. After telling my Shreveportian friend Rob Peterson that I was planning on spending the lead-in to Mardi Gras season in New Orleans, he asked me at once if I had seen The Order of Myths, although it's not about Louisiana. It's about the oldest Mardi Gras carnival in the United States, in Mobile, Alabama. I could tell you that this is a film about race relations in America today, but I would probably already lose those of you who are woozy with delight at living in post-racial Obamaland. I could suggest that it is a tale of two cities, or really just one city, with two parallel lives. Perhaps mention that it's about a grand pageant, an ancient tradition, carefully preserved at all costs; a representation of a genteel and conservative way of life that captures the very essence of the southern soul. It is all of those things, but they aren't what make it powerful.

It can't have been easy for Margaret Brown to return to her hometown of Mobile and start waving her Yankee ivy-league diploma and camera in the faces of Mobile's white elite, but documentaries are also all about access, and through her grandfather, Brown had it. At least she had it to the white carnival. Mobile has two. One for the white folks, and one for the black folks. People like it that way, one of Brown's informants tells her. She gets great access to the black carnival as well, as we get the sense that there really isn't that much to hide over on the wrong side of the tracks. 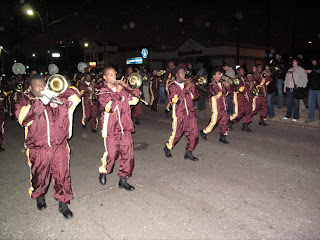 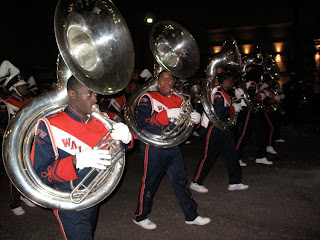 What makes this a wonderful film, however, is its subtlety. Brown is so sure-footed in her choices, so careful not to go for easy condemnation, and so much more interested in observing than in pontificating, that the only possible result is a film of great nuance and measure. (Only one brief moment of interview footage, when a good old Bubba speaks from behind his mask, felt just ever-so-slightly jarring--far worse exploitations abound in any given ten seconds of any Michael Moore film). There is just enough of the Klan reflected in the carnival masks of the debutantes' escorts to conjure up an ominous dread. There are mute skeletons in closets, and even some hanging from trees, but this film never comes close to being shrill or judgmental, and its great surprise and payoff, ultimately, is that it left me cautiously but genuinely optimistic.

It was also the first film I streamed direct from Amazon,

a viewing experience I highly recommend. For less than the price of a grande latte, I experienced some first-class filmmaking right from the comfort of my rented New Orleans Barcalounger.

Brown understands that the family connection is fraught with documentary difficulty, but she even manages to turn this to her advantage, waiting until just the right instant to let us know that a particular stern and patrician onscreen presence is also her grandfather. Then, in the film's most dramatic, final moment, she gives him the last word. I won't ruin this profoundly ambiguous closing; you really ought to have a look for yourself. 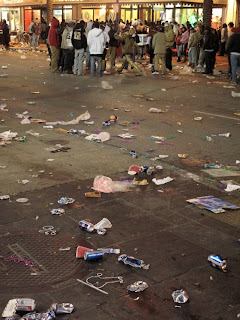 You can stream the Order of Myths for free at theauteurs.com through Feb 28th as a part of their promotion of the True/False Film Fest, though I like that amazon rental store too.