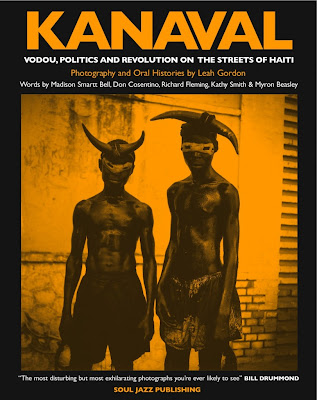 Haiti has been firmly associated with grim news in the public imagination for so long that to announce that the country has a public relations problem is such an understatement as to seem almost beside the point. While most of the rest of the Caribbean survives, and some of it even thrives, on tourism, Haiti has been deprived of this lynchpin of the regional economy since the 1970s. Whatever fame its beaches and sophisticated franco-colonial nightlife might once have had has been long since eclipsed by a cyclical litany of political and environmental tragedies. Brutal dictatorships, coups d'etat, unrest, gang violence, organized crime, kidnapping, flooding, deforestation and now earthquake are all more likely associations conjured by the word "Haiti" than, for instance, the vision of sipping a perfectly mixed rum punch beneath a palm tree on a sunset beach. 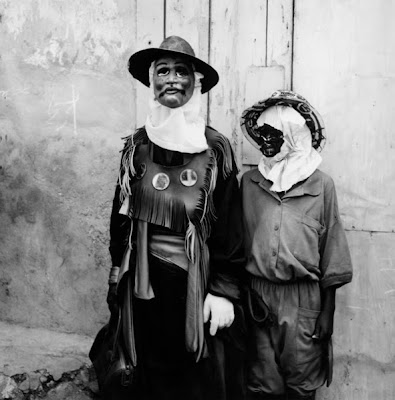 But the country, like most places in the Americas deeply impacted by slavery, has a grand carnival tradition. Even if outside visitors have been few and far between for the last thirty years, Haiti's many calamities have done nothing to diminish local enthusiasm for an annual bacchanal on the order of New Orlean's Mardi gras, or the samba madness of Rio de Janeiro. There may be a silver lining to the neglect of kanaval by the outside world, in that, especially in the smaller regional celebrations of Jakmel, Haiti's artistic and cultural heart on the south coast, carnival has not been turned into a corporate spectacle of sponsored, motorized floats and grand orchestras. In Jakmel, carnival is a diffuse, multi-day pageant of impromptu street theater and neighborhood marching bands. Old carnival traditions, costumes, and characters are well-preserved there, and each year the same archetypal representations of local history and myth come out into the city and seize control of the streets. There just haven't been many visitors there, documenting. 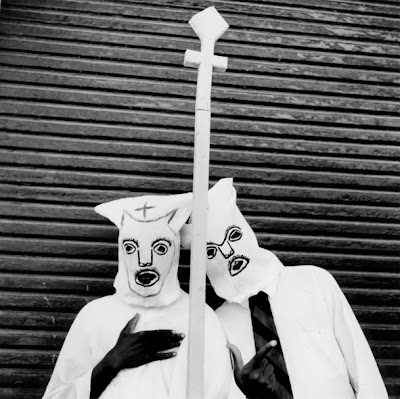 My dear friend Leah Gordon, however, has been photographing Jakmel's carnival for more than fifteen years; I met her in Port-au-Prince on my first trip there, in 1993, and she had already begun taking the pictures that have now, finally, become a spectacular photo book, Kanaval: Vodou, Politics and Revolution on the Streets of Haiti, from the book publishing arm of Soul Jazz Recordings. I've been looking at Leah's images for years, wondering when some canny publisher was going to get it together to gather them together into a volume, and I can't recommend this work highly enough. I was particularly flattered to be asked to contribute an accompanying essay. The book is full of some of the most unique portraits I've ever come across, and you should immediately procure yourself a copy.

(Don't let the misinformation in Amazon's listing put you off; the book comes out in June, in a couple of weeks, not February 28th, 2010--the earthquake inspired a slight delay in publication--and will be shipping shortly, not "in 2 to 5 months." I recommend "pre-ordering" it, as I've just done, since the $22 tag makes this such a fabulous bargain that the price must be another bit of incorrect Amazon data, one which I suspect they are legally obliged to make good on!) 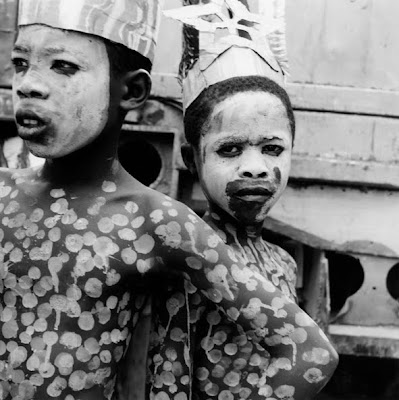 just put my order in but the 2-5 month timeline is a little troubling... let's see !