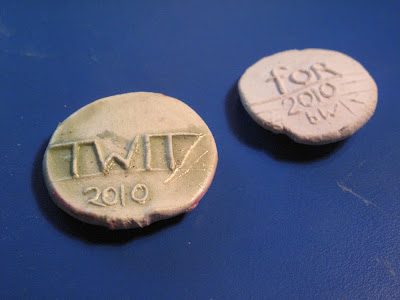 After dinner tonight in Bay Ridge I walked back to the trusty Toyota pickup, parked on 67th St. As I was turning the key in the door lock, I spied two pale disks like sand dollars in the bed, apparently placed with care, one in each of the two forward corners. Once home, a moment's googling revealed them to be examples of the prolific oeuvre of Brooklyn artist Beriah Wall.

As revealed in this New York Times article, Wall works in a studio in his Red Hook basement, making me wonder if these delightful little coins hadn't been rattling about in the back of my truck for some time. He churns them out by the thousands and dots them about the urban landscape. But, again, they really seemed to me to have been placed with care in the back of my truck. The way they were sitting they sure didn't appear to have been driven over the bouncy BQE.

One says "Tweet" on one side, and "Twit," on the other. The other says "For" on one side, and "Ever," on the other. The Tweet / Twit one has Christmas colored glaze. Both have Wall's initials, "bW" on them; before googling I wondered if this wasn't short for "backed with," the old terminology for describing the flip side of a 45rpm record. As in Tweet, backed with Twit.

I was smiling all the way home. What makes this great art is its demonstration that a random act of unsolicited charity is irresistible. Less than a penny's worth of baked clay, mass-produced in a spirit of love and anarchy; a different kind of currency, something to cherish. 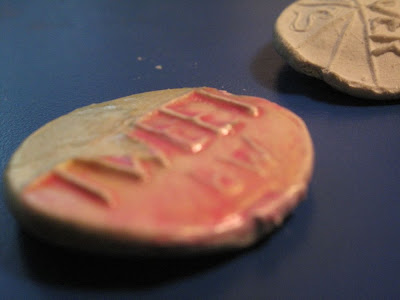 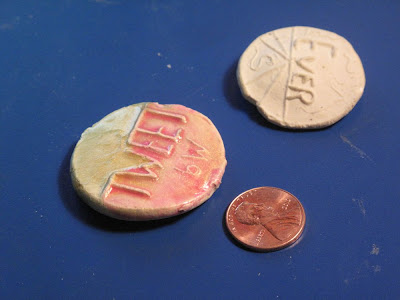