Funkin' at the Hill Top Disco 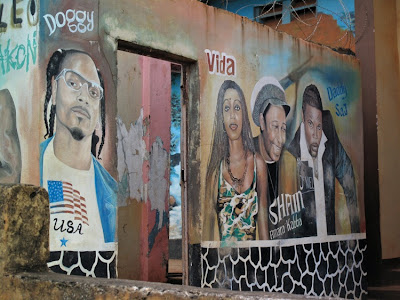 The art of the painted sign is alive and well in Sierra Leone. I've long been a fan of African hand-made advertisements, and have bought more than one right off the facade of a business, to cart across the Atlantic and install on the living room wall. If that sounds to you like a colonialist, exploitative relationship to art-making then you have put your finger on the discomfort sometimes felt when admiring the humble, naive masterpieces that Africans from Mali to Mozambique hang in front of their shops. In my defense I can only describe the smiles of surprise and astonishment on the face of the shopkeeper when offered actual cash money for an ancient and often tattered rectangle of painted plywood. 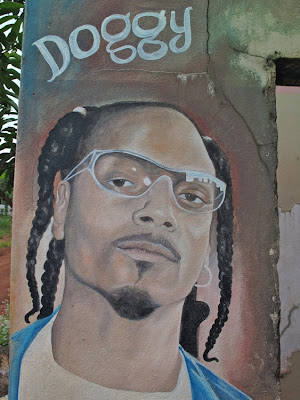 The tradition, born out of necessity on a continent where creativity is more abundant than capital, is in some countries under threat. On my last trip to Rwanda digitally printed vinyl signs were everywhere. So far, these suffer from Photoshopitis, and tend to feature sandstorms, flames, lightning bolts, sunsets and masses of billowing clouds, all downloaded at low resolution from google images. The results are pale and tawdry, homogenous in their lack of personality. At home, underemployed, the former sign-painter sits on his hands and stares at the dirt, his paints crusting in the can.

The making of a sign for a tiny roadside business is an economic calculus. The beginnings of a haircutting business, called in Kenya a "saloon" and in Sierra Leone a "barbing shop," might be as modest as a single pair of scissors and a plastic stool set up under a shade-tree. The advertising budget is limited. If the vinyl sign is rising in popularity this is only because it is winning a price-war with the sign-painter. 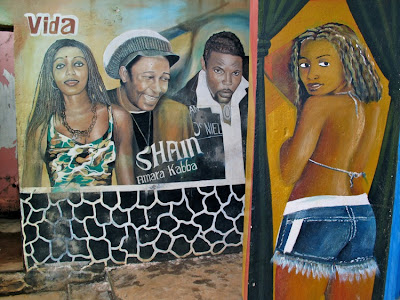 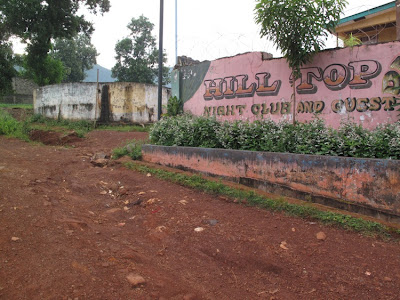 The Hilltop is a legendary name in the history of rap music. This was the name of a Bronx after-hours club of the 1970s where some of the first raps were said to have been rapped, and some of the first deejay battles battled. I suspect the Hilltop of Calabatown, Sierra Leone owes nothing to this legacy. This fine establishment is simply at the top of a hill, on a red dirt road, in a semi-rural setting. But they are clearly ready to turn the party out. Just to step inside the place is to understand that it would be inconvenient to live next door.

Donflan would like to go on record as offering our services to return and do a gig here. The club is a series of well-protected cinder-block walled enclosures (African nightlife is primarily enjoyed out-of-doors), much of their many surfaces covered with spectacular murals illustrating the fantasies of disco-going: abundant, curvaceous women, tropical diversion, musical superstardom. No partying colonialist with a fat wallet will carry these off; they are painted directly onto the block walls. We were there during the day, to shoot an interview. The place made me want to put on my dancing shoes, and go back at night. 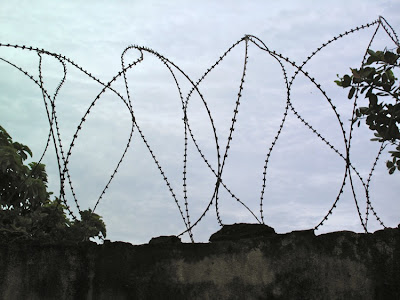 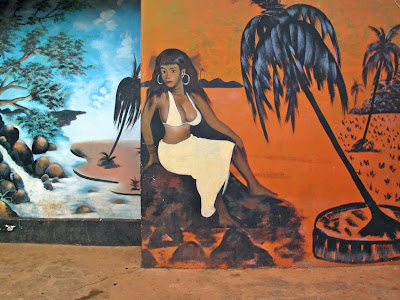 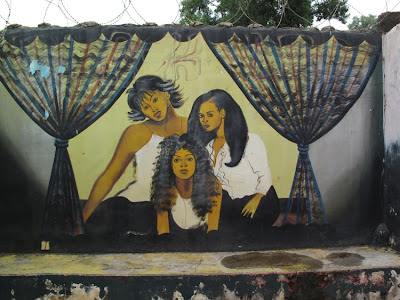 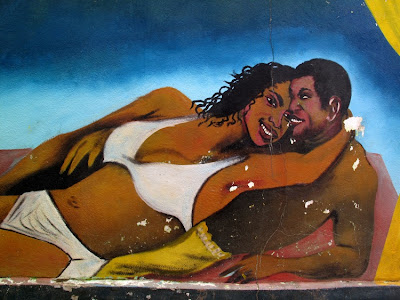 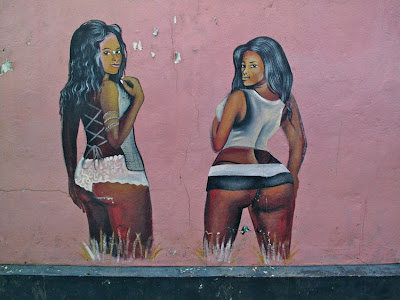 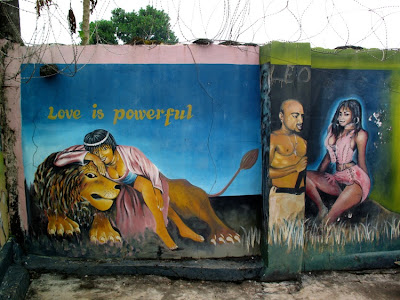 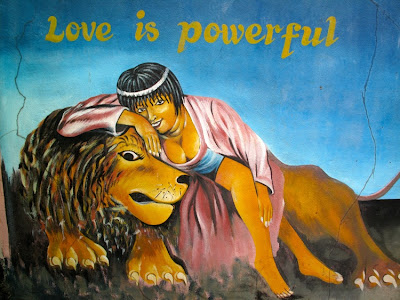 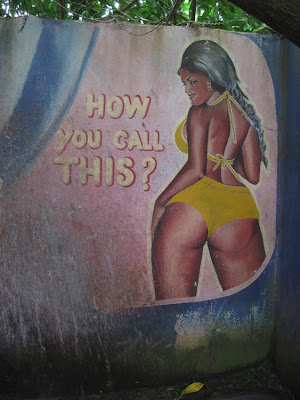 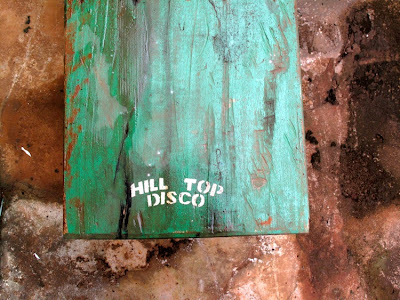 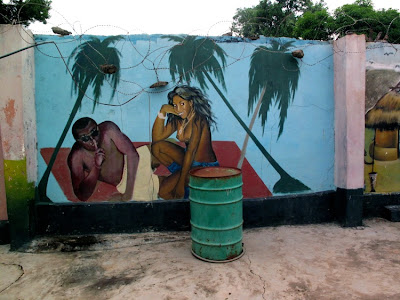 "What happens at the Hilltop, stays on the hilltop." 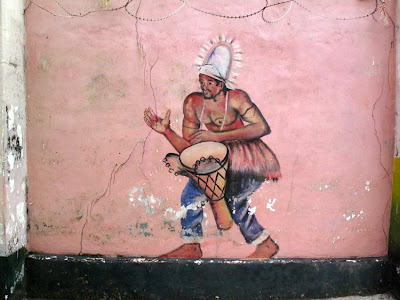 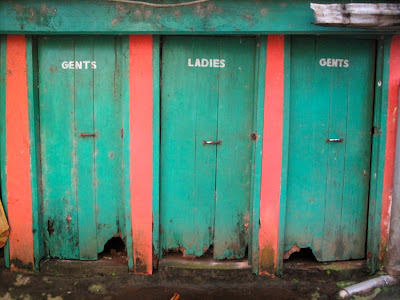 Have you noticed that every single woman in those fabulous paintings has more or less perfect straight, non-african hair? I find a lot of 'race-thinking' relating to hair, like the Cuban use of 'good hair' and 'bad' hair, referring to kinky and non-kinky.
just noticed...
D