Half the Sky on PBS 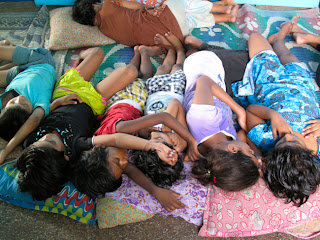 Naptime at New Light, a children's hostel and daycare in the Kalighat red light district in Calcutta, India. Founded and run by my friend Urmi Basu, New Light aims to break a cycle in which caste, environment, tradition and stigma combine to force children to follow the footsteps of their mothers into prostitution.

Half the Sky, the PBS / Show of Force production based around Nick Kristof and Sheryl WuDunn's bestseller

about women confronting the most gruesome problems and issues they face in the (primarily) developing world, will finally be broadcast this coming Monday and Tuesday, October 1st and 2nd, at 9PM EST, on PBS. (Channel 13 in NYC). But check, as they say, your local listings.

Working on this series consumed much of my 2011; I made multiple trips to Asia and Africa, many of which I blogged about in one way or another in these pages last year. Working on "Half the Sky" was a deeply moving and rugged experience, and I hope you'll find the time to watch it. This is one of those rare cases where I really do feel that a film has the potential to bring about positive change in the world! 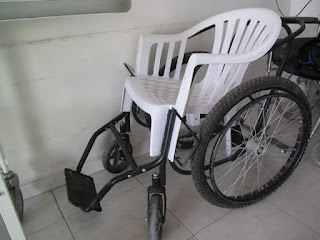 A wheelchair made from a $2.99 WalMart lawn chair, at the Edna Adan maternity hospital, in Hargeisa, Somaliland. Edna's hospital trains midwives, an incredibly successful, simple, and comparatively inexpensive way to combat the staggering rate of maternal mortality in Somalia.