It is largely to my mother's side of the family that I believe I owe my interest in walking. My proper British grandfather, Arthur, who gave me my middle name, believed in everything in moderation, except hiking. As a wee one, I often visited the grandparental home in England, on the hilltops of Rye, in Sussex. It overlooked expansive sheep's meadows that stretched out to the edge of the horizon. On clear days a pale strip of sand at the edge of the view marked the English channel. My grandfather would lead my sister and me charging out of the back gate, down the terraces of grandmother's immaculate rose garden, into the lane and then across the pastures on long, long walks, until my adolescent legs were sore. Once, I think, we walked all the way to Hastings, or back from there, but it could be that I'm only remembering a story granddad told, of having made that long trek himself. 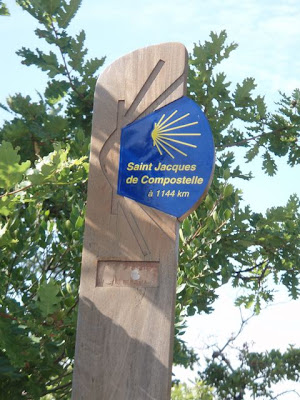 So I may have walked to Guantánamo, but I got it from my mother. In the context of Mom, I'm not sure what the word "retired" is supposed to mean, but it doesn't involve relaxing beside a swimming pool while growing old. No sooner had she claimed retirement than she announced a multi-year plan to hike with her friend Susan Saltrick the more than a thousand miles across much of southern France and northern Spain, on the centuries-old pilgrim trail to Santiago de Compostela.

Unlike those members of her immediate family who set off on such journeys only for their own selfish amusement, Mom promptly identified the proposed trip as a potential money-earner and sought out sponsors willing to pay her by the mile. I'm one of them, and I'm out some money. All funds go to benefit the Worldwide Orphans Foundation, an NGO that had the brilliant idea of connecting lonely Azerbaijani grandmothers with lonely orphans desperately in need of early parenting. A win-win situation, as they say.

Recently back from the second leg of the trek, Mom sends this report:

Dear friends, sponsors, and well-wishers,
Thank you all so much for supporting our pilgrimage, with your pledges, prayers, cash and concern. You truly were “with us” on the way as we walked, and your good thoughts refreshed and energized us daily. Many of you have helped us raise further funds for the “granny program” in Azerbaijan of the Worldwide Orphans Foundation, and for those of you who had pledged us per/mile, we are pleased to tell you that we walked a total of 255 miles in 17 days. We are grateful in many more ways than one! 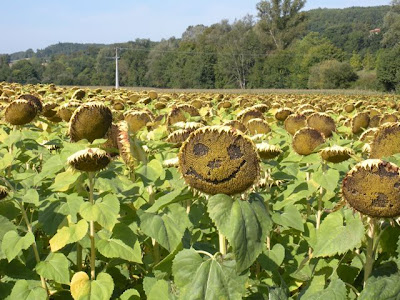 Graffiti left by pilgrims who passed this way earlier...

As some of you know, we began the first stage of our journey to Compostela last year at Le Puy-en-Velay in central France, but we can now report the successful completion of our second stage—not, as anticipated, at the foot of the Pyrenees, but across them, in Spain! The decision to attempt this came late, but the thought of crossing a mountain pass on Day One of our third stage encouraged us to step up the pace significantly on our last few days in order to hike over the top while our legs were “broken in.” Thus, on our final day, after a straight run of sunshine, we climbed relentlessly up into the clouds, crossing Roland’s pass in a chill shroud of mist and rain, to descend, drenched but triumphant, into Roncevalles, where we stepped with relief into the ancient church where so many pilgrims before us must have fallen in gratitude to their knees. 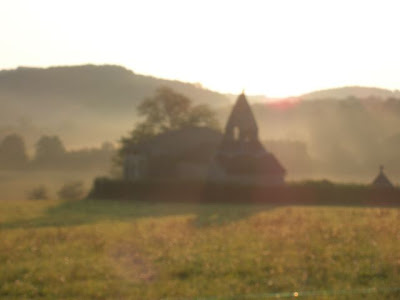 Our journey had taken us through a constantly changing landscape, past acres of sunflowers and miles of corn, across lush green pastures, beside the still waters of a canal overhung with mighty plane trees. After ten days or so we began scanning the horizon for a first glimpse of the Pyrenees, but clouds can resemble mountains and we had to admit that our early sightings were a mirage. However, a day came when the dim outline took on undeniable, jagged substance, and it was then that the mountains took shape as a personal challenge. 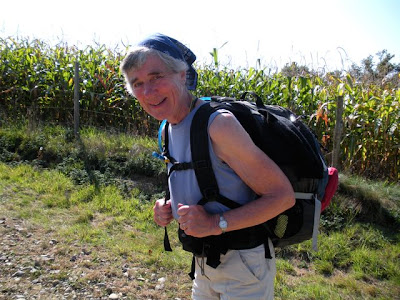 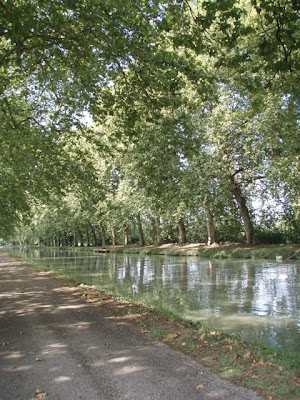 We were amazed once again by the focused simplicity of life on pilgrimage, and fell happily into the repeater pattern of walking (vigorously), sleeping (soundly), eating (heartily)—and laundry (vital). We marveled at the varieties of architecture, of fauna and flora, of people whom we met or who hosted us, and the places we stayed: There was the couple who miraculously survived the tsunami while vacationing in Sri Lanka and had committed to walking from their home in Austria to Compostela as an act of gratitude, because “we needed to do something ‘impossible’;” and the calm symmetry of the 12th-century cloister at Moissac, where a remarkable tympanum depicts the beatific vision, while below, a line of patriarchs and kings gape upwards in stupefaction … We came upon, surely, the world’s longest earthworm, over two and a half feet long; and then there were the huge and mystifying wooden ladders propped up in the forest—whatever for? 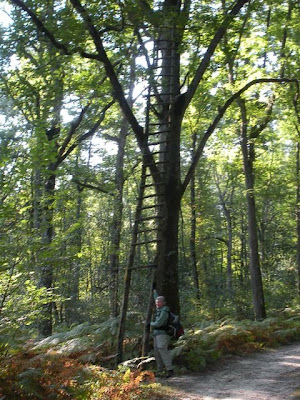 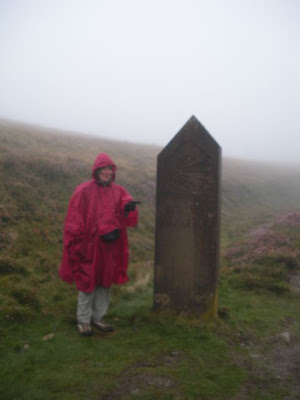 When at last the half-timbered farmhouses and tiled roofs with tip-tilted corners of the Béarn gave way to the Basque whitewashed houses with their ox-blood colored shutters, the Pyrenees were a constant presence, beckoning, challenging, and beautiful.
With our best wishes and grateful thanks - Susan and Joan 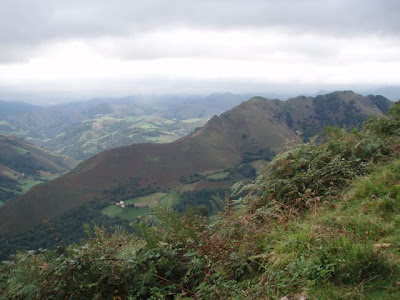 If you would like to sponsor my mother on the remaining two legs of her epic walk, which is to say the Spanish portion, send me an email, or, you may donate directly to the Worldwide Orphans Foundation HERE.