While I was eagerly awaiting my brother's wedding last weekend, I wandered out of my hotel to find a quality deep-south farmer's market set up right in the main street of Greenville, South Carolina. Everywhere one goes in the United States it becomes more clear that foodyism is a pervasive and persistent national phenomenon, and not just the passing fancy of an urban coterie of organic-obsessed hipsters. People care deeply about what they eat, and how it's grown, and more and more of them want to grow it themselves. Attraction to the slow-food philosophy cuts across racial, class and regional lines. 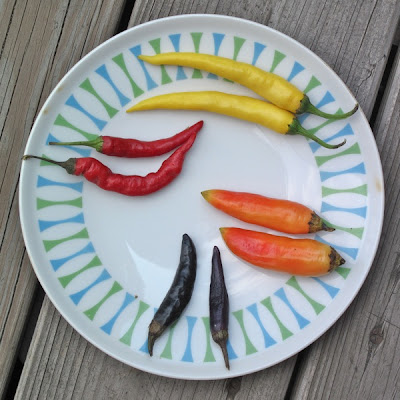 To my eye, one of the star booths in Greenville belonged to a guy who sells nothing but peppers. Unless I heard him wrong, he cultivates 126 varieties. He told me he "grows some other stuff, but only for eating at home, it doesn't make it this far." This producer-enthusiast had a couple of dozen small baskets spread out on a table in front of him, each containing a different variety of pepper, and he was able to describe them one by one with the sort of vocabulary I generally associate with wine tastings. Such and such a pepper had "floral notes," another was citrusy, this next one, more precisely, lemony. Two for a dollar, but I only paid for four; it was the end of the morning and my new friend, pleased to be confronted with another pepper fan, threw in a couple of extra pairings. 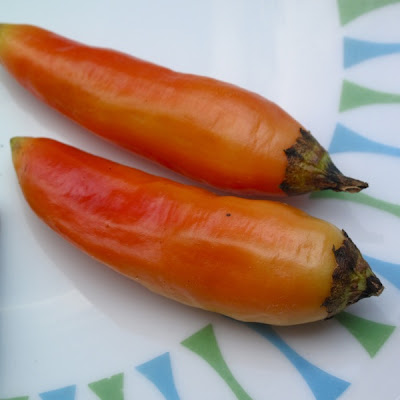 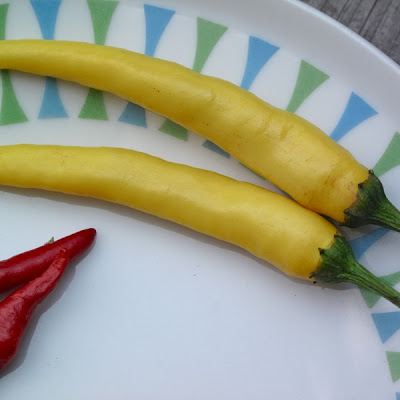 I asked if he had any "ají amarillo," the yellow pepper that is a critical ingredient in Peruvian cuisine. He said he wasn't sure exactly which one I meant; he grows at least five ajíes from Peru. 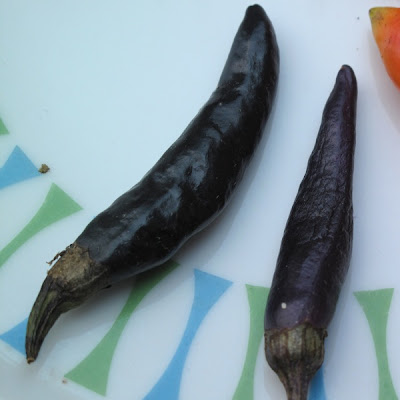 Purple cayenne, two of my free bonus gifts for the morning. I'll get back to you after I've tried them.

yes get back to us please, i wanna know, i love peppers too