For my last gasp of Australian holiday birding I went on yet another pelagic excursion, the legendary Wollongong fourth Saturday. Shortly after dawn I boarded the Sandra K, a reeking tub that has been taking the world's most notorious birders out looking for pelagic species in the rugged seas off the south coast of Australia every fourth Saturday of the month, for so many years that one wonders if she could possibly still be seaworthy. A diverse group of international hardcore birdos--a Yorkshire PhD student, a french teacher from New Caledonia, a couple of grim midwesterners, myself--joined a motley crew of salty local birdmen who make the trip each month and can identify distant shearwaters whipping past on the wing with only the quickest glance at the flight silouette.

The Wollongong is nothing like birding off Kaikoura, where albatross begin wheeling around the stern of the boat virtually before one has even left the harbor. In this part of south-eastern Australia the continental shelf is a good few hours of rocking and rolling beyond the harbormouth. One of the things the Wollongong pelagics are most renowned for is seasickness, and it was after only a few minutes out that the deck began to lurch back and forth in the alarming swells. I managed to keep breakfast down, but there were some queasy moments. 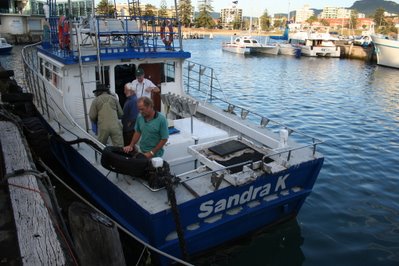 The Sandra K. at the wharf. Everyone from Phoebe Snetsinger to Sean Dooley has headed out for a gut-churning sea voyage on board this modest vessel. 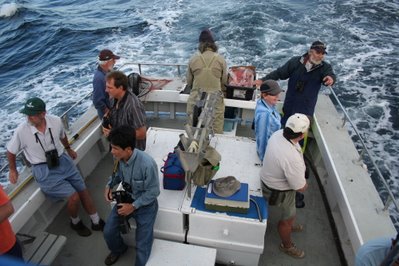 Puttering through the harbor, a boat full of birdos, all eagerly scanning the waves for the first bird of the day. 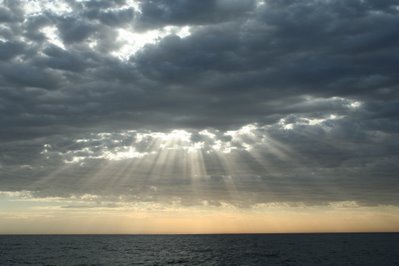 "The sun's coming up, like a big bald head." 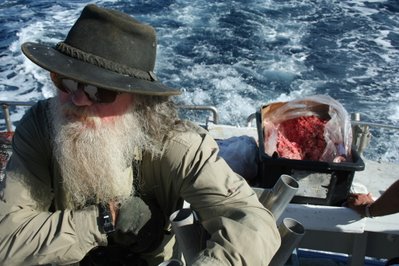 The former drummer for ZZ Top, now retired to a relaxing life as the resident chum-master on board the Sandra K. 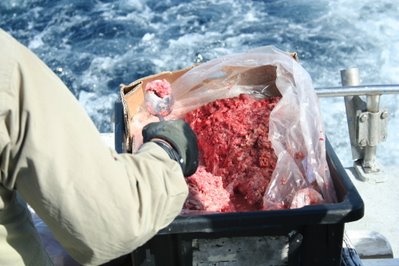 Mmmmmm. Delicious. Nothing like the sight of a tub full of ground raw chicken to help ease that queasy feeling bubbling up from the small intestine. Is that spoonful for me? 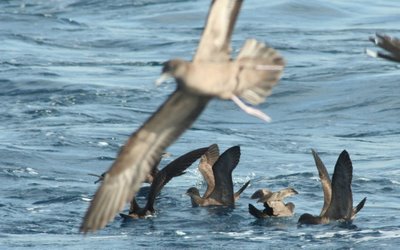 Soon a mass of Wedge-tailed shearwaters began to gather, gobbling chicken offal and trailing behind the boat. 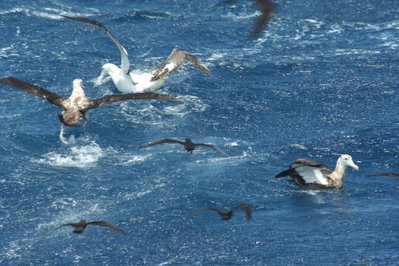 The big boys, three Wandering albatross, join the party as we near the continental shelf. 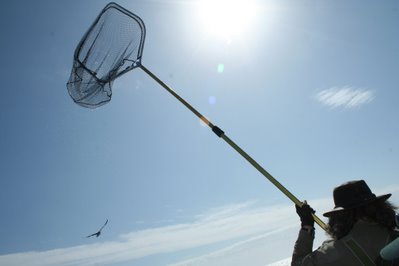 Netting shearwaters for banding; something like capturing butterflies, except bigger, and with feathers. 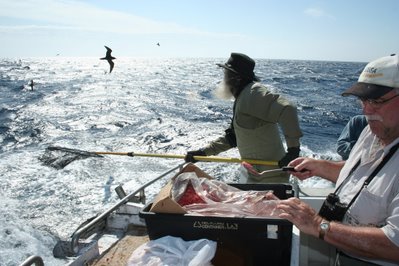 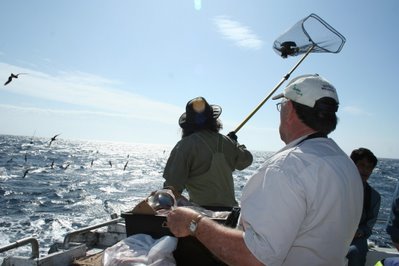 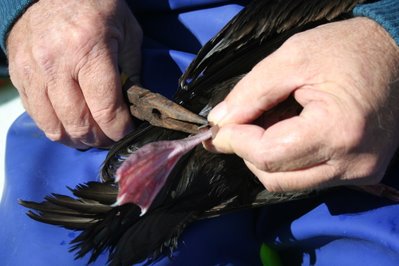 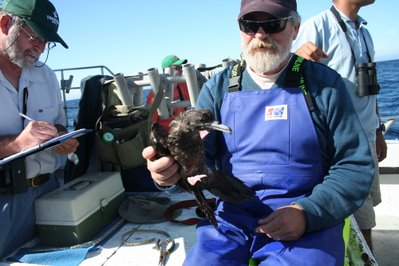 
Next, a special interactive feature: 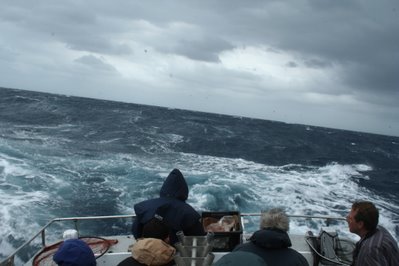 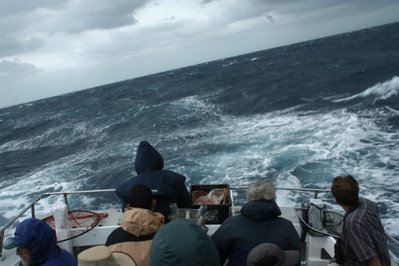 Stare at the first image for a few seconds. Now quickly stare at the next one. Now stare back at the first one. And switch again. Now back again. How do you feel? Continue this for seven hours and report back. Your comments on the experience welcome.

ug, not feeling so well.