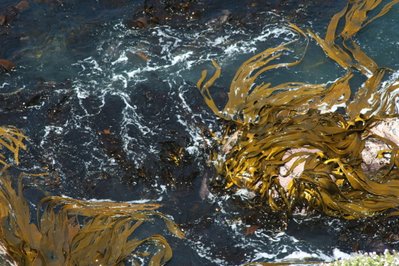 Albatross, of which I'm rather fond after seeing many of them on my recent jaunts to the cold southern ocean waters off New Zealand and Australia, are being killed in the thousands by long-line fishermen. The birds eat fish, fish bits, and fish offal. In long-line fisheries tremendous mile-long fishing lines, with hundreds of subsidiary branching strands, each with dozens of hooks baited with fish, are suspended in the ocean in the hopes of catching many tons of bigger fish all in one go. As the mass of hooks drift below the surface, albatross and other birds feast on the catch and the remaining baits, swallowing the hooks themselves. Those that do not sustain fatal injury to their internal organs drown.

The leader of one of the pelagic birding trips I went on in Kaikoura pointed out a terrible irony here. The broad acceptance and use of long-line fishing dates to the very successful "dolphin-safe" campaign, which forced tuna fishermen to abandon purse-sein netting, another fishing technique which drowned thousands of dolphins each year. So where the dolphins once suffered, now the albatross suffer. The broader point is that modern fishing techniques capture their prey in vast, industrial quantities and cause horrifying collateral damage to all sorts of creatures, from birds and marine mammals to non-target fish species. 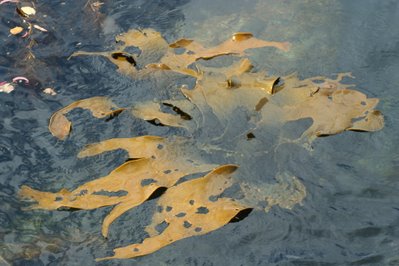 The devastation of the world's fish populations themselves is the subject of Hooked, by G. Bruce Knecht, a writer with a much broader environmentalist streak than one would expect from someone at the Wall Street Journal. It is one of my shortcomings as a birdbrain that I might normally be unlikely to pick up a book about the Patagonian toothfishing industry.

In fact, "nothing but a bunch of books about toothfish" could almost serve as a generic indictment of those sad and unwanted dusty volumes that sit on the shelves of low-budget travelers lodges everywhere, those manky coffee-stained Louis L'Amour novels offering themselves in trade for the invariably superior volume one has just finished while on vacation. But down in McMurdo station my friend Gretchen of the chicks who fish, and her posse, were all reading Hooked. They said it was much more exciting than it sounded, so even though they are all marine biologists and dna geeks I thought I would check it out.

Something like the hip fish salesmen and bi-coastal restauranteurs he describes, who changed the name of the Patagonian toothfish to "Chilean sea bass" and watched its popularity explode, Knecht takes what on the face of it seems a dull subject and weaves an exciting tale full of fish-piracy, courtroom drama, and urgent high-seas satphone conversations, set in slick and stinky fish markets, the Hamptons mansions of illicit fish-moguls and the dining rooms of posh restaurants across the globe. Following the story of an Australian intercept of suspected toothfish poachers, operating in a trawler under Uruguayan registry, Knecht sucks the reader along in his wake, ending chapter after chapter with some cliff-hanging moment of toothfishing suspense, until you arrive at the last pages, breathless from the narrative tension of it all. Only then do you relax for a moment and realize that you've been in a page-turning frenzy and stayed up late into the night reading a book about industrial fishing.

Included in what amounts to an environmental call-to-arms masquerading as a paperback thriller are delicious and not-so-delicious factoids that illustrate, once again, just how very little we know about the food we eat in America. Just as we haven't the vaguest idea what state or country a particular steak might come from we have generally zero concept of the origins of our fish. But at least you know what a cow looks like, or is supposed to look like; presented with the pristine white flesh of some sea bass fillets spread out on the ice at the local Fairway I realize I haven't the foggiest idea of how big a toothfish might be, or what color, or what shape its snout might be. Let alone which ocean it came from, or what method was used to catch it. What can you tell me about Orange roughy? That it is trendy, and delicious, perhaps, but not much more. Knecht tells us that this fish, now threatened with commercial extinction just as the toothfish is, was not always so prized. Orange roughy used to be known as "slime heads." Mmmm. What are those going for, per pound? Our special tonite: slime head, in a pomegranate-balsamic reduction. 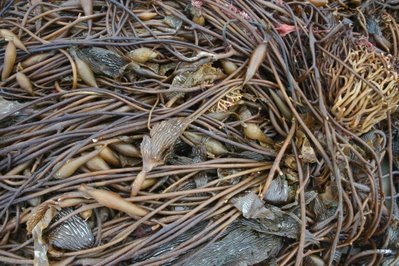 Ultimately, Hooked is about the senseless destruction of the world's fisheries and fish habitats by voracious and unregulated massive scale industrial fishing operations. The unthinkable, the exhaustion of the ocean as a resource, is already a reality. Are we to immediately stop eating fish? No, we need education and awareness and we need to bring the power of the consumer to the dining table, as in the dolphin-safe campaign. As a dozen albatross swooped around our boat, the leader of the pelagic trip in Kaikoura explained that New Zealand has an active long-line fishery, but one that kills no albatross at all. A few voluntary measures to ensure the hooks stay deep enough to be out of range of fishing seabirds are all that it takes to prevent massive slaughter, but no one is influencing the international fleet of trawlers, all dieseling about registered under flags of convenience, to take these simple steps. In the same way, argues Knecht, true international regulation of fisheries could bring fishing back to life as an industry, instead of the desperate last-gasp strip-mining of the oceans that it has become.

I have to disagree with your 'informed consumerism' tact. I think a tabu on fish-eating is more called for. To stop eating fish (both to boycott and protest industrial fishing) and to stop eating chicken, beef, pig, etc. (for different reasons but ones just as problematic as the ecosystem runaway on the high seas you mention) makes your action a clear sign which both reminds you of the problem, so systematically and methodically hidden from sight in our consumption -- both economic and gustatory -- of these foods, and also invites others to think about it. Veganism is looking pretty appetizing these days.