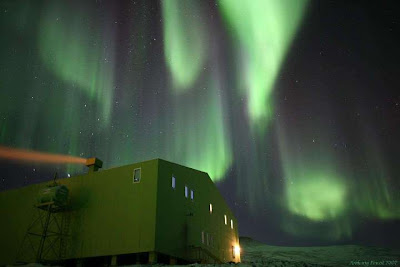 My friend Helen, a kiwi who slaved in the kitchens at McMurdo Station for the entire time I was there last year, did the unthinkable and went directly from a full season on the ice at McMurdo to working the next at Scott base, one mile away, cooking for the New Zealanders throughout the long dark winter. It may be summer here, but she writes that there they are deep into permadarkness. A few days ago the hardy winterovers were blessed by a truly stupendous display of the aurora australis, the southern lights. She sent these pictures, apparently taken by Anthony "Antz" Powell, another die-hard who so delights in wintering over that he was actually married in the chapel at McMurdo during an earlier winter season. Last September we spent a hilarious week with him hunkered down against an 80 knot "breeze" on Black Island. Anyway, even though it is late May, the most glorious time to be in New York City, I'm thinking of my antarctic friends... 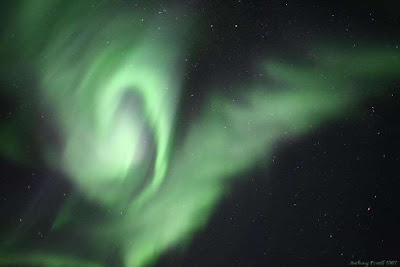