Home of the Brave Polarforskers 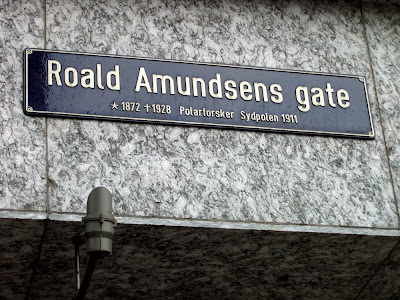 Tomorrow is the World Premiere of ICE PEOPLE, the movie I helped make in the second half of 2006 in Antarctica. This is a special event not only because that project inspired me to begin this blog, or because the director Anne Aghion, after six trips to Rwanda and months in a tent in Antarctica together, has become a great friend, but because this is a really beautiful movie. My west coast readers should rush to see it at the Sundance Kabuki Cinemas during the San Francisco Film Festival. Anne will be present for Q&As following the first two screenings.

If, like me, you tragically cannot attend, you can watch the trailer, and then start agitating to get your cinema to bring ICE PEOPLE to your local screen.

There is a double irony in my unavailability for this historic event: I am at the moment working on a film being produced by the chairman of the board of the very same San Francisco Film Festival, and we are away filming for that project in Oslo, Norway, port of departure of the greatest expeditions in the annals of polar exploration. Roald Amundsen sailed from this elegant Scandinavian capital for his successful assault on the South Pole, in the same ship, the Fram, built by his mentor Fridtjof Nansen for Nansen's earlier death-defying attempt to reach the North Pole. 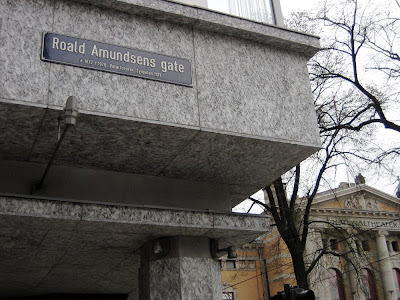 My buddy Roald's personal side street, named in his honor, with the National Theater in the background.