I realize antarcticiana is at the moment running the risk of morphing into Zimbabweana, but since the scandalous aftermath of the sham elections there shows every sign of devolving into a pogrom, and because the major media are largely yawning in the face of yet another African catastrophe, and most of all because a very good friend in Harare continues daily to risk life and limb, going out into the streets there in a desperate attempt to alert the outside world to the violent shenanigans of Robert Mugabe's Zanu PF, I feel obliged to bring you yet more sad news from that failed state.

Violent reprisals against known opposition activists of the MDC, who likely won the recent elections outright, have begun. Although official election results continue to be withheld, a runoff election has been scheduled, and the campaign of intimidation against putative MDC voters is underway.

As part of that campaign, this last weekend, in rural Zimbabwe, Tapiwa Mubwanda was Murdered.

I'm withholding the most gruesome photographs I was sent because my sister's children sometimes read these pages. These are video stills grabbed from footage shot by a local Zimbabwean. 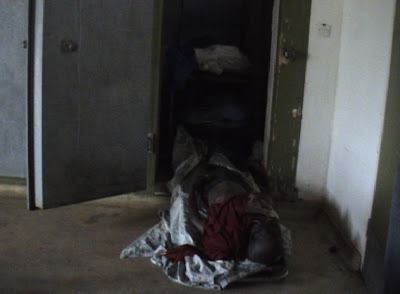 Tapiwa's body at his home 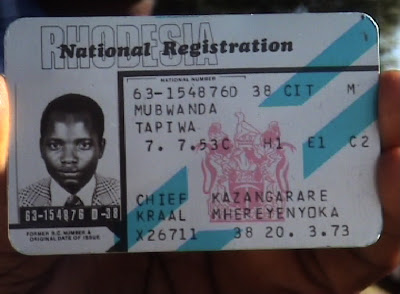 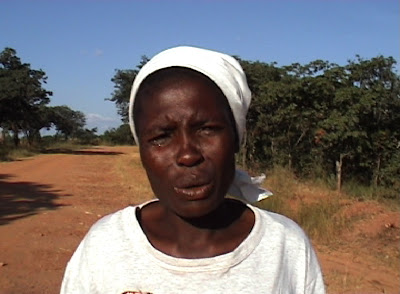 Tapiwa Mubwanda's widow: "We were on our way from Masikote, they grabbed my husband and said you are the MDC people I want to fix you today. I ran away because I wanted to take my child to a safe place because I realized that if I stayed they were going to kill me. Then I had to go back and see what was happening to my husband. When I got back my husband was lying down, bleeding from the mouth, blood on the stomach, I removed my blouse and put it on his stomach to try and stop the bleeding and make him better." 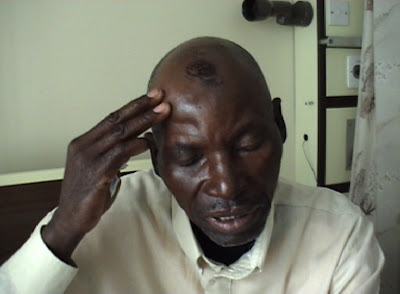 Mubwanda's brother survived: "They [said] 'you voted for the MDC now we want to do this in order to teach you to vote, you wasted your vote by voting for Tsvangirai. He will never be the president of Zimbabwe, Robert Mugabe will remain, so we want to teach you to vote so when we have the run offs that means you will be aware, you will know how to vote.' I was struck by a stone on my forehead, that’s when I fell down. After falling down I didn’t know what was happening because they came to me, attacking me with sticks all over my body, even now I am not feeling ok, I’m very painful. Now I can’t help it, I’ve got to go home, my brother is going to be buried there and I have got to attend that burial, but I am feeling very painful."

UPDATE: I might have mentioned, in my slagging off of the major media, that thankfully one can still usually rely on the Guardian. Today, they have the story.

Thanks for passing along the information. Although I am trying to stay connected while on the road, I am only really skimming the news and not getting all this. Pretty horrific. Good luck to your friends, and good luck to all the Zimbabweans stuck in the middle.