Colombia remains for most people just another banana republic, source of cocaine and druglords. That the country has more recently become the easiest place in the world to be kidnapped is just one more of the factoids that keep the country far down at the bottom of most lists of fantasy vacation spots.

Little considered is that the kidnapping, and to a large extent the drugs, are really just footnotes to Latin America’s longest running conflict, a blurry and muddled war that has seen decades of intermittent slaughter and positively Darfurian waves of “internally displaced persons,” or IDPs, as the UN refers to those refugees who haven’t managed to make it outside their country’s borders.

Pitting the “conservatives” against the “liberals,” this war, which has been simmering literally longer than anyone alive can remember, has its roots in the post-independence opening up of the country, when an enterprising few became overnight land barons, clearing, or seizing massive tracts of land that became the foundation for the sorts of multi-generational fortunes that are the stuff of Gabriel Garcia Marquez’s epics.

This is Silvana Paternostro’s Colombia, from which she became a different kind of refugee, she tells us,

when sent as a more or less oblivious teenager to the United States for the prestigious North American liberal arts education marking a right of passage for the children of the world’s elites.

The experience turned her into a liberal, or maybe even worse, and soon, working as a journalist and living in New York, she finds herself sympathizing with Sandinistas and at ease with the EZLN. She draws the line at fraternizing with the FARC, Colombia’s largest left-wing insurgent army, only through a state of almost willful denial until, with a commission from the New York Times Magazine in hand, she at last confronts her tortured relationship with her country of birth and returns to Colombia. 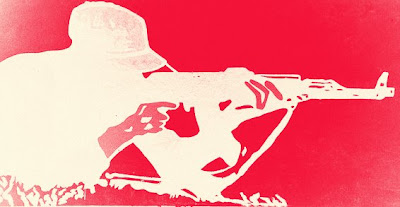 Generically, her people are conservatives, bloodstained landgrabbers, a latifundia family so famous that the guerilla has vowed not to stop until they have kidnapped every last one of the Montblancs. But individually, Paternostro rediscovers, they are beloved, churchgoing grandmothers, great-uncles and cousins, kind, funny, quirky upright citizens living in Barranquilla, people with whom she shared rights of passage who she now finds vacillating between denial and horror at the outrages being perpetrated upon Colombian civil society. Stuck in Barranquilla, getting up late and scandalizing her grandmother with her New York night-owl lifestyle, she is unable even to visit the family farm of her childhood memories. It is unsafe to go anywhere near it, and the family have left its operation in the hands of acceptably proletarian managers.

Visiting that farm becomes the cornerstone, both of the article Paternostro hopes to write for the New York Times Magazine, an article she does eventually write, and of the book. The final visit itself is brief, not much more than a luncheon, really, and secured by the army, but the dramatic conceit of the outing succeeds in holding our attention because of Paternostro’s ability to make us care—about Colombia, yes, but also about her feelings.

The Colombia which emerges is a vast, jungled land only nominally ruled by Bogotá's oblivious and absurdly centralized political elite. This transplanted European city barricaded away somewhere up in the Andes comes across as an entirely different country from the hot, fertile lowlands, where century-old land disputes are contested with the latest military hardware by freelance armies. Both the FARC and its allied acronyms on the "left," and the paramilitary errand-boys of the "right," fund their bloody self-fulfilling military prophecies by taxing, enforcing, securing or otherwise participating in the narcotics business. It is the ancient liberal versus conservative conflict, now fueled by drug money, with the hapless rural population caught in the crossfire.

At the end of her journey, back in New York, Paternostro seems to have found, at least, her own personal emotional closure. She takes down the map on which she had traced the many massacres and battlefields and packs away the photo album of childhood memories, treating the failed state of Colombia like a failed relationship. There are memories good and bad, and one hopes to have learned something, but ultimately, it may be time to move on.

Funny you are reading that book. I just completed my tour of Colombia, and although I only really got a surface reading of the country, it was quite different than what I imagined it would be like. Absolutely beautiful, for one, especially the city of Medellín, nestled in the gloriously lush beginnings of the Andes mountain range. I was also taken back by how well developed the country is. It's got a lot of resources, be they narcotics of legit industry. None of the poverty that is so evident just to the north (what I saw, anyway). I'm preparing to write up a bit about it you-know-where, so stay tuned. Maybe I'll try to upload Alma Guillermoprieta's nice NYer essay on the FARC, Colombian army, and the AUC paramilitary group, too, if I can figure that out.