Homage to the Bechers

"...no one can claim to have truly seen something unless he has photographed it." --Emile Zola 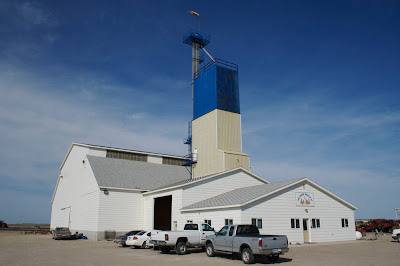 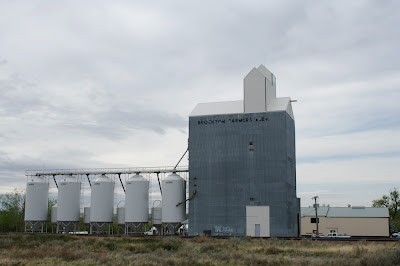 Bernd and Hilla Becher, the German industriologist-photographer couple known for their "typologies," have had a broad influence on the contemporary practice of photography. The typologies, spanning the bulk of the duo's career, are selections of images of various classes of building, arranged into formal series. There are several ways to look at this work, which sits firmly at the intersection of documentary and art photography. 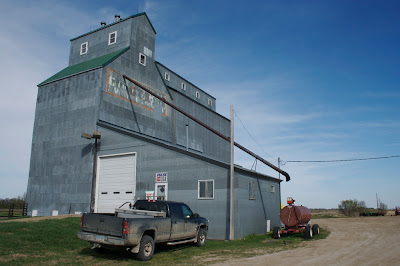 Their relentless cataloging, the obsessive focus on building type, each with its limited and specific use, be it industrial or agricultural, acts to preserve in the historic record a vernacular expression of function; there will never be a better resource for future historians researching, for instance, the shape and construction of the water tower once it has faded into obsolescence. 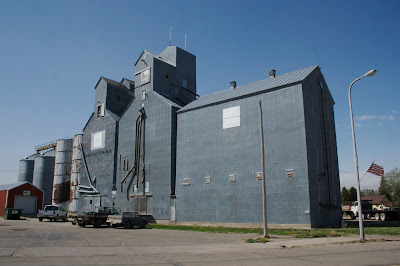 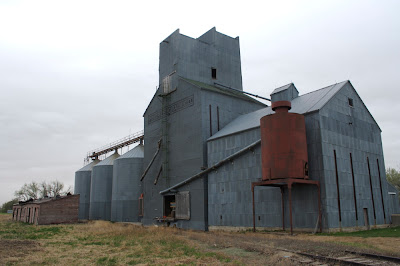 In the context of photography and the (perhaps flawed) historical conception of what the fundamental artistic essence of that medium is, however, the Becher's work is far more than a visual list of inspirational architectural elements, like a collection of butterfly wings. Beyond the evident care with which the Bechers chose, composed and exposed, there is, in the tireless repetition of subject, a firm commitment to the modernist project. (My photographs here, quick stop-and-snaps, were made with considerably less attention to composition and light, additional layers of coherence in the Becher oeuvre.) After looking at ten grain elevators one appreciates their common elements; spending time with twenty-five one begins to consider what makes each unique; and after fifty one ponders what it is that makes a good photograph, with the subject becoming almost peripheral. Certainly you will never look at a real-life grain elevator the same way again. Is it possible that your relationship to the photograph itself has changed as well? 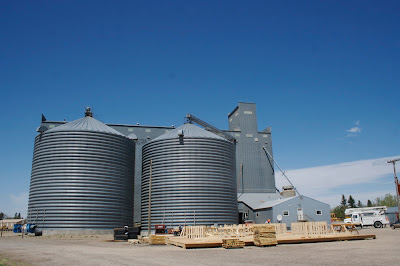 In this way the Becher's work reminds me of Giorgio Morandi, who repeatedly painted the same collection of empty glass bottles, from time to time gently rearranging them on a tabletop in his studio, for decades. Looking at these paintings, content, what there was of it, slips away, evaporating entirely. In his resolutely figurative canvases, repetition begets abstraction. 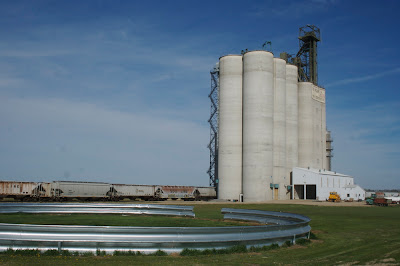 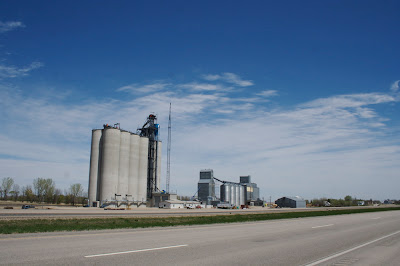 But the typologies are also the narrative of a couple spending life on the road together, in that they may be read as a kind of a travel journal. The images, annotated with the date and location of their capture, trace journeys through the Ruhr valley or the American high plains. With a certain facetiousness Hollis Frampton is said to have disparaged the very notion of "non-narrative" film as practiced by his contemporary Stan Brakhage, who was focused on inventing a non-linguistic visual poetry, by remarking that every film includes within it the narrative of its own making. While edging towards a reductio ad absurdum, in the case of the Bechers, the notion, especially for fellow-travelers unwittingly following their footsteps across the great northern plains decades later, adds an interesting dimension to the work. 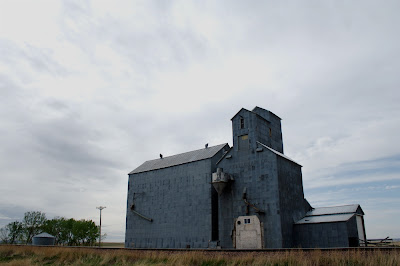 Here, the grain elevator is not defunct. It still rises over the prairie, often the only prominent architectural feature to be found piercing Big Sky country. But where did the Bechers stop for lunch? Not at the strip mall. It wasn't there yet, at least not on the first trips they made, of many. Did they stay at the Hi-Line motel? Perhaps they packed picnics and ate them in the shade of the grain elevators. How were two Germans received, some thirty years after the close of World War II, as they drove from one dusty feedlot to the next, spending endless hours installing their large format camera on its tripod, searching for the perfect angle, waiting for the perfect light, the perfect sky? What did they explain to the county sheriffs, and the predecessors of the Department of Homeland Security? 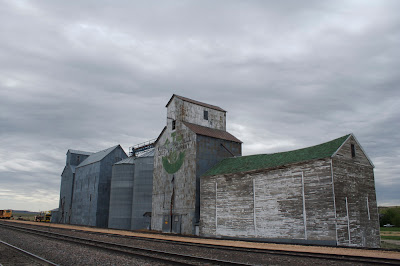 This post about the Bechers is one of my favorites. Maybe if we did like the Bechers and began a photo-catalogue of Ikeas around the world, it would magically speed up their demise. Makes me wonder what it could mean to have a record, ala "Typologies", of a big box store several decades from now?

The artist himself is not the narrator of the Framptonian narrative. Frampton's point is that the narrative framework of any artwork is inevitable, given that it is larger than the artist and whatever particular story the artist thinks he or she might tell, or, in the case of Brakhage, imagine himself able to avoid telling. Therefore the Becher narrative begins "A German couple park their rental car somewhere on the Great Plains. The wind is blowing, whistling through fields of crops. They remove a large format camera and tripod from the trunk...." The Morandi narrative: "An old man shuffles across a sunlit, loftlike space somewhere in northern Italy, weaving his way between a small and motley collection of battered café tables, each holding an assortment of dusty bottles. He rotates one table gently, subtly changing the orientation of the bottles with respect to the sunny window, and steps back behind his easel...." However, these are the "same" narrative, the story of the artist making work.

With Morandi certainly one has a sense of solitary and almost tortured obsessive toil that is not present in the Becher collaboration, no matter how many different water towers they photographed!

yes, I understand the Framtonian idea...my point was just that the Morandi story (whatever it is) will inevitably take the reader back to the painting and ultimately it's creator...while the Becher's, in their documentary way, end up taking the reader beyond the story of the photo itself as an object created by them...