Keeping up with the Winterovers 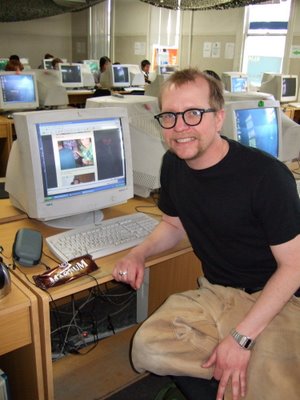 Ask ice people why they come back to McMurdo year after year and about half of them will at some point sarcastically reply that they do it for the free ticket to New Zealand. In fact it is the rare winterover who flies back to Christchurch and then promptly jumps on another plane up to the States; you would be hard pressed to find a group of travellers with more collective knowledge of New Zealand's south island. Spending half of your frozen ducats before even getting out of Australasia seems to be a time-honored tradition amongst Antarcticans. My friend Zoe left McMurdo last week and is currently spending hers. She writes:

...going into a tiny hole-in-the-wall cyber shop in
Dunedin so my friend
could get prints
who should I see...
look closely at the photo. what do you see?

Antarcticiana doesn't have to look closely to know that Phil has excellent taste when it comes to literature, but just in case you aren't as intimately familiar with the material as we are.... 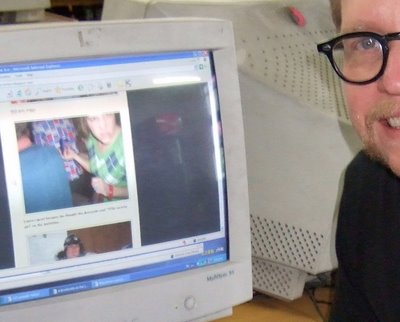 Why, that looks just like Laura Ebel!
Photo: Zoe Vida

Apparently great minds think alike: even as I was busy blogging Phil he was commenting on my previous post....